Just In Case It Wasn't Clear Enough, Hrithik Roshan Loves Dancing. Here's What He Did At The Filmfare Awards 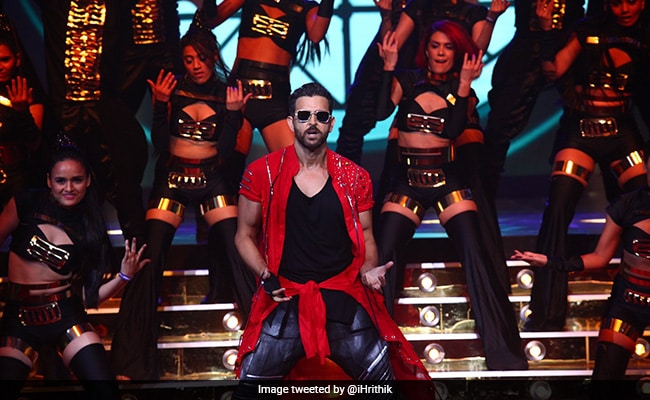 There's no denying that Hrithik Roshan are on Hrithik Roshan when he's on the dance floor. Hrithik Roshan loves dancing as much as we love Hrithik Roshan dancing. On Tuesday, the 47-year-old actor put it out in words and made this confession: "I love dancing." In his post, the Kabhi Khushi Kabhie Gham... actor attached a few glimpses of him grooving at the recently held Filmfare Awards. Dressed in his casually charismatic open shirt-and-denims avatar, Hrithik can be seen setting the Filmfare Awards stage on fire in the photos. Choreographed by Shiamak Davar, Hrithik Roshan danced to his popular songs ranging from Kaho Naa... Pyaar Hai's Ek Pal Ka Jeena to Jai Jai Shivshankar from War.

On Holi, Hrithik wished his followers with a Holi-special dance video from the song Jai Jai Shivshankar. Tiger Shroff, who co-starred with Hrithik in the song, commented: "Vibe."

The 66th edition of the Filmfare Awards was held over the weekend in Mumbai. Bollywood's biggest awards night was a low-key affair this time in light of the pandemic situation. The Filmfare Awards will air on Colors TV on April 11 at noon. At the Filmfare Awards, Thappad won Best Film - the movie also fetched the Best Actress award for Taapsee Pannu. Thappad. Late actor Irrfan Khan posthumously won the Best Actor Award for his performance in Angrezi Medium.

In terms of work, Hrithik Roshan was last seen in the blockbuster hit War. The actor will next be seen in Fighter, in which he will co-star with actress Deepika Padukone. Hrithik Roshan also has the fourth instalment of the Krrish series in his line-up.