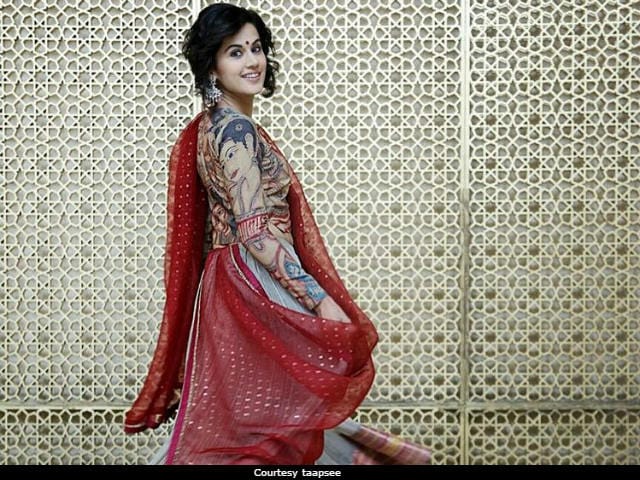 Taapsee Pannu will next be seen in Judwaa 2 (courtesy taapsee)

New Delhi: Do any of you remember seeing Taapsee Pannu in a dance sequence recently? If the answer is no, that's probably because she has lately featured in films like National Award-winning courtroom drama Pink, underwater war drama The Ghazi Attack and action-thriller Naam Shabana. In a recent interview with news agency IANS, the 29-year-old actress revealed that she is trained in Indian classical dancing and also in Western dance forms. She referred to dancing as her "first love" and said "I think it's been quite some time since I danced in a film. Last I remember doing it for one of my south films a couple of years back," reported IANS.

"Dancing has been my first love because I have been dancing since I was six years old and have taken professional training in Indian classical and a few western forms during my school and college days," Taapsee added in her interview to IANS.

Taapsee will next be seen in comedy drama Judwaa 2 which also stars Jacqueline Fernandez and casts Varun Dhawan in dual roles. Varun will feature in the roles originally played by Salman Khan in the 1997 cult comedy by David Dhawan, who is also helming the remake.

Talking about the film, Taapsee said: "When you have some great songs like the ones in Judwaa 2, it makes it an even more wonderful experience. Varun is a good dancer. So, I am sure it will a lot of fun to match steps with him."

Judwaa 2 will expectedly incorporate reprised versions of the songs Tan Tan Taraa and Uchi Hai Building and will be shot in the scenic beach-locales of the Mediterranean. Salman Khan will feature in a cameo - a godfather-like figure to the twin characters played by Varun.

Promoted
Listen to the latest songs, only on JioSaavn.com
Judwaa 2 is scheduled to hit screens on September 29.