Varun Dhawan released the second poster of his upcoming film Judwaa 2 on Twitter today, which is the remake of 1997's Judwaa 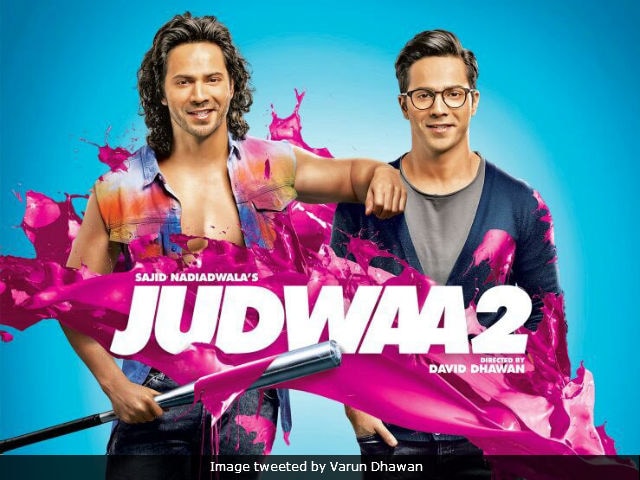 New Delhi: Varun Dhawan shared the second poster of his upcoming film Judwaa 2 on Twitter today. Varun, who released the first poster of the film on August 16, is all set to make the remake of Salman Khan's 1997 Judwaa. Varun also shared with his fans and followers that the trailer of Judwaa 2 will release on August 21. It seems the Student OF The Year actor is excited about his upcoming film, which is directed by his father David Dhawan. Varun plays a double role in Judwaa 2 as estranged twins. In the poster it's clear that Prem and Raja do not share any similarities, one looks sweet and the other looks mischievous.

Have a look at Judwaa 2's second poster here:

Judwaa 2 is director David Dhawan's 43rd film. His last directed film was Mai Tera Hero. Judwaa 2, which co-stars Jacqueline Fernandez and Taapsee Pannu, is the story of twins who were separated soon after they were born. Raja, who was kidnapped by his father's enemy is smart while Prem, who remained with his parents is a shy boy.

Judwaa 2 is a comedy film, which also features Salman Khan in a cameo role. Judwaa 2 is scheduled to release on September 29.