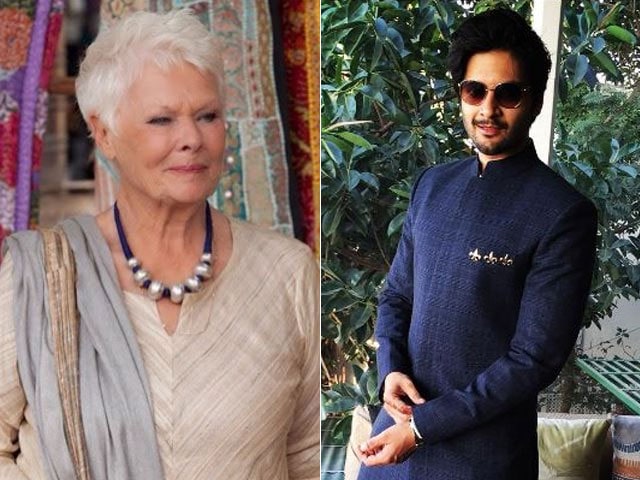 Mumbai: Actor Ali Fazal is enjoying shooting with Hollywood veteran Judi Dench for his Hollywood film Victoria And Abdul. The actor says the Academy Award winning actress, whom he calls his "godmother", is "genuinely hilarious, sophisticated and a loving person" despite her fame and success.

In the Hollywood project, Ali has reportedly taken on the role of Abdul Karim, the young servant from India who became an unlikely confidant and teacher to Queen Victoria (Dench). The movie is being directed by Stephen Frears, known for films Philomena and The Queen.

"Godmother and my new friend as I call her. Judi Dench, apart from the name and fame, is the most genuinely hilarious, sophisticated and loving person I have known. And I mean all of that together at once. That's something," Ali said in a statement.

The film is based on Shrabani Basu's book Victoria & Abdul: The True Story of the Queen's Closet Confidant, telling the extraordinary true story of an unexpected friendship in the later years of Queen Victoria's long rule.

The actor, who featured in Furious 7, is shooting for the film in London, and will be busy with it till November. The film will release on September 22 next year.

For Ali, each and every moment that he spends on the sets is precious to him.

"Every single day of this film is X-rayed into my brain and archived. And yes I did get lucky, I have (Stephen) Frears and I am falling in love on the 70mm (and off it) with the most loved woman in Britain," he said.

Promoted
Listen to the latest songs, only on JioSaavn.com
The actor added that he keeps on staring at Olivia Williams as he finds her "gorgeous and a wonderful actor".