Jolly LLB 2: What Arshad Warsi has To Say About Akshay Kumar, 'Jokes Apart' 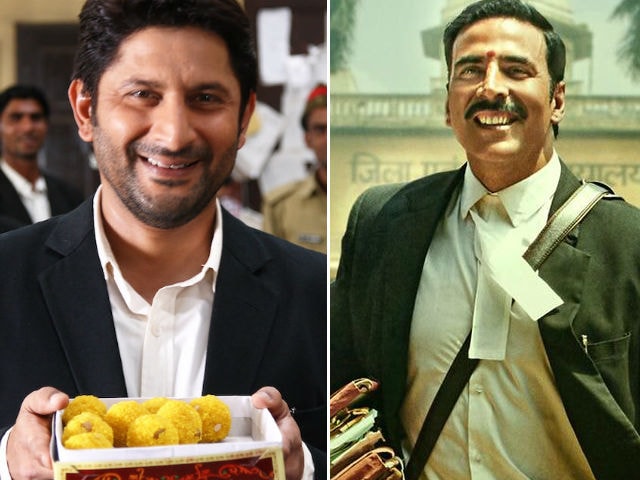 New Delhi: Soon after the promotional material for Jolly LLB 2 were released on the internet, actor Arshad Warsi, who played the lead in the film's prequel was quoted as saying that he was replaced by a "bigger movie star" as the studio wanted it that way, reported news agency PTI. But now, the Munna Bhai actor is singing a different tune. Arshad, 48, said that he has no qualms being replaced as the hero in the sequel to the 2013 sleeper hit film. He told PTI that he's happy for Akshay Kumar and that he is promoting the film in his own way.

"Don't put salt on my wounds. Jokes apart, I am very happy for Akshay. I am sure he and the team have done a great job. He and I keep talking about it. In fact, I am even promoting the film in my own way. I am yet to watch it but I am really excited about its release," Arshad told PTI.

Promoted
Listen to the latest songs, only on JioSaavn.com
Recently, Akshay in an interview also said that he was "grateful" to Arshad Warsi for showing him the way to go ahead with jolly LLB 2. "I am very grateful to Arshad to show me the way of doing a film like this. He made the way for me; he made things easy for me. He made this film very big and I hope that Jolly LLB 2 also turns out to be a good film," he told PTI.

Jolly LLB 2 is directed by Subhash Kapoor and also stars Huma Qureshi and Annu Kapoor. The film is slated to release on February 10.