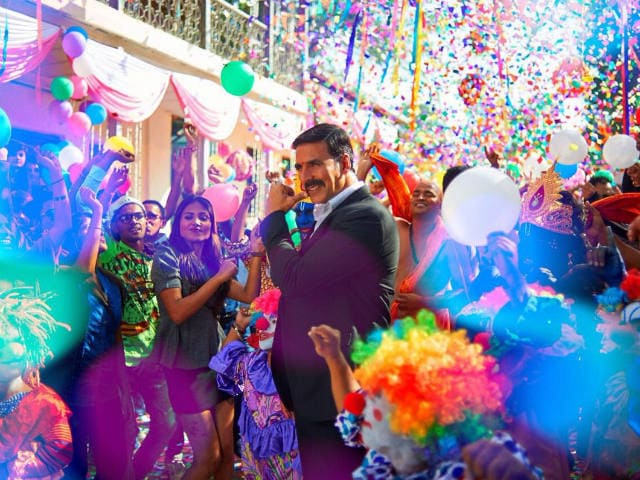 New Delhi: Jolly Good Fellow, the new song of Akshay Kumar's upcoming film Jolly LLB 2 released on Thursday. "Had a lot of fun shooting this. I hope you have fun watching it," wrote Akshay Kumar when he shared the song on Twitter. The courtroom drama features Akshay as a small time lawyer, Jagdishwar Mishra (aka Jolly) in Lucknow, who aims for a celebrity status in the field of law. The spotlight refuses to leave Akshay Kumar's character in the song, which documents the various moods of Jagdishwar. Huma Qureshi plays the role of his wife in the film. Jolly LLB 2 has been directed by Subhash Kapoor, who also helmed the first part in the Jolly LLB series, starring Arshad Warsi.


Akshay's Jolly LLB 2 has been shot across Lucknow, Himachal Pradesh and Varanasi and is the sequel to Arshad's 2013 popular film. Akshay's character will be up against the state in Jolly LLB 2 while the first part was inspired from the 1999 hit-and-run case of Sanjeev Nanda. Akshay Kumar's Jolly LLB 2 hits screens on February 10.