Joker Trailer: Joaquin Phoenix As Joker Will Leave You Asking For More 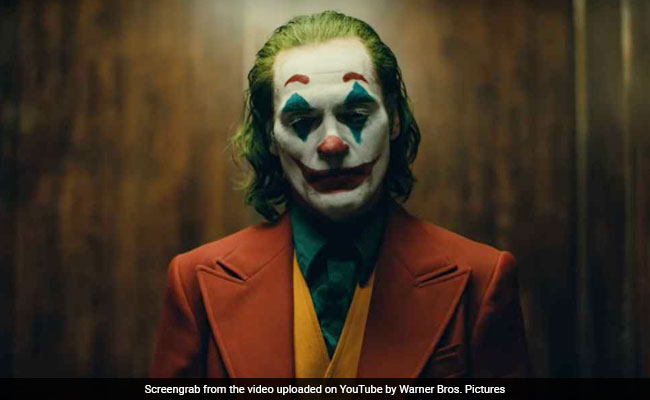 Joker Trailer: Joaquin Phoenix in a still from the trailer. (Image courtesy: YouTube)

The much-awaited teaser trailer of the Todd Phillips-directed Joker hit the Internet on Wednesday and fans couldn't be more thankful. It wouldn't be wrong to say that the video is going crazy viral and it has occupied a spot on the list of trends within no time and we are not surprised at all. The two-and-a-half minute-long video showcases the twisted story of comedian Arthur Fleck (played by Joaquin Phoenix). Joaquin Phoenix, who plays the titular role in the psychological thriller, perfectly encapsulates the mannerism of Joker. With some nail-biting moments and Nat King Cole's song Smile paying in the backdrop, Joker trailer will incite the curiosity of fans to a different level altogether.

The teaser trailer of Joker got over 4 lakh likes on YouTube within an hour. Without much ado, check out the video here:

The teaser trailer of Joker was shared on the official Twitter handle of Warner Bros Pictures on Wednesday evening and the caption on the post said: "Put on a happy face. Joker movie in theaters on October 4." Take a look at the post here:

Put on a happy face. #JokerMovie - in theaters October 4. pic.twitter.com/TxF3Jqxjjr

The film has been directed and written by Oscar-nominated filmmaker Todd Phillips and it has been produced by Warner Bros. Pictures. The film will hit the screens on October 4 this year.