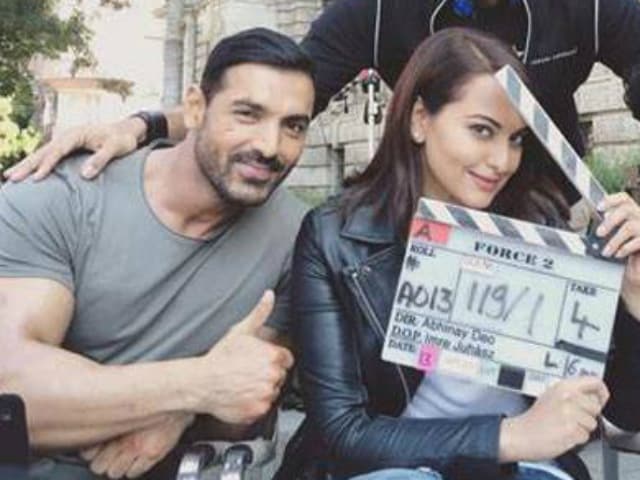 Mumbai: Actor-producer John Abraham is all praises for his Force 2 co-star Sonakshi Sinha by calling her the best action hero.

The actor, who has impressed many with his action sequences in films like Dishoom, Force and Dhoom, couldn't stop appreciating Sonakshi while promoting her forthcoming film Akira. Sonakshi will be seen in a full-length action role in the thriller.

In a video shared by John on his Twitter account on Thursday, he said: "Akira is releasing on September 2. Kick everybody's a** because you are the best action hero and guys I have seen Akira. It's fantastic."

@sonakshisinha all the very best for #Akira . I know it will rock! pic.twitter.com/rchMELDq7R

This is how Sonakshi thanked the actor:

Thank you Johnnnn!!! The force was with me in this one too eh?!? Boom https://t.co/YPLgwEaYFM

The film sees Sonakshi as Akira Sharma, a girl who comes to Mumbai from Jodhpur, where she gets into a tiff with goons at a college in which she gets enrolled.