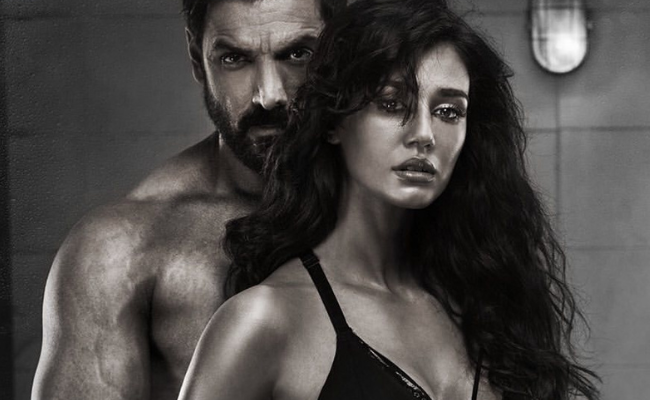 After Arjun Kapoor and Tara Sutaria dropped the first poster of Ek Villain Returns; their co-stars in the upcoming film John Abraham and Disha Patani have also raised temperatures on Instagram.

John and Disha have shared their looks from the film in a newly unveiled poster and their chemistry is unmatchable! In the poster, John is seen holding Disha from behind as they look straight into the lens of the camera. Flexing her abs in the poster, Disha looks oh-so-stunning in it.

Although John's body isn't very visible, the poster does give a sneak peek into how he prepped for the film. Looking fit like always; John is seen sporting a rough look with a grown beard. Both the actors shared the poster on their Instagram handles and wrote, "Hero aur heroine ki stories toh bohot hain, ab baari hai Villain ki kahani jaan ne ki!#EkVillainReturns, trailer out tomorrow. In cinemas this Villaintines Day - 29th July 2022."

The trailer of the film will be out on Thursday. Yesterday, Arjun Kapoor shared two black & white posters from the film. Looking sharp and edgy, Arjun is seen next to Tara Sutaria as they both show off their well-built bodies.