Jennifer Aniston's message on Instagram will leave you emotional 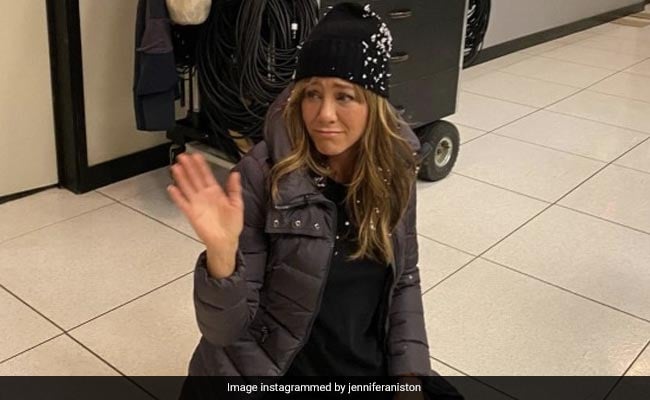 The finale of The Morning Show 2 airs today and Jennifer Aniston got super emotional. She shared an emotional message on Instagram: "Goodbye to my The Morning Show family. We made it. Crawled to the finish line... and I could not be prouder of each and every one of these extraordinary actors, a crew that you can only dream of, and directors that held my hand on quite a wild journey of emotions... to say the least. Thank you guys for being part of the ride. That's a wrap, baby!" The F.R.I.E.N.D.S actress, Jennifer Aniston also shared the scenes behind her show from season 2.

In the first picture, Jennifer Aniston can be seen hugging Desean Terry who played the role of Daniel Henderson in the drama series. Jennifer Aniston also posted pictures with her co-workers and stars Nestor Carbonell and Reese Witherspoon.

Jennifer Aniston who is known for playing Rachael Green in the very popular show 'F.R.I.E.N.D.S' series. Jennifer Aniston also has a successful film career, having starred in films like Cake, Marley & Me, We're Millers, The Break-Up, Ferris Bueller, Burning Love, Along Came Polly and so on. The popular actress is also known for her extraordinary humour which is loved by her and her co-stars. She also keeps everyone entertained through her social media account. The actress has not announced any upcoming projects as of now.

Courtesy the dating rumours surrounding her and her F.R.I.E.N.D.S co-star David Schwimmer, the actress had occupied a prominent place on the list of trends. The two confessed that they were crushing on each other when they were friends/lovers in F.R.I.E.N.D.S, in May.