"You Will Be So Missed": F.R.I.E.N.D.S Stars Pay Tributes To James Michael Tyler

"Thank you for the laughter you brought to the show and to all of our lives," wrote Jennifer Aniston 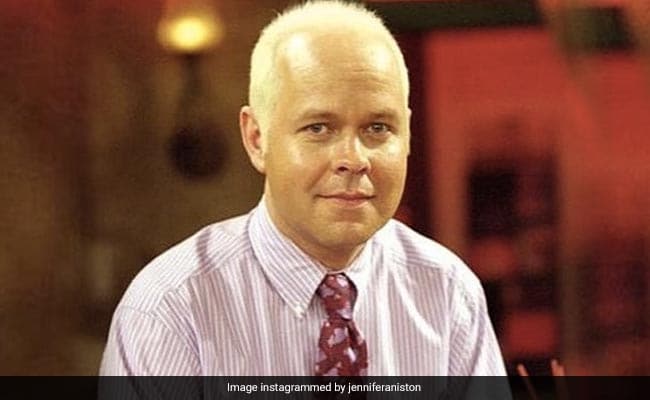 "F.R.I.E.N.D.S would not have been the same without" James Michael Tyler, wrote actress Jennifer Aniston in her eulogy for the actor, who died on Sunday, and not many would disagree with her. Actor James Michael Tyler, who was best-known for playing the role of Gunther, the hilarious manager of coffee shop Central Perk, in the iconic sitcom, died after battling cancer for almost three years at the age of 59 in Los Angeles on Sunday. He was diagnosed with prostate cancer in 2018. Mourning their 'seventh F.R.I.E.N.D,' Jennifer Aniston, who played Rachel Green on the show, Courteney Cox (Monica Geller), Lisa Kudrow (Lisa Kudrow) and Matt LeBlanc (Joey Tribbiani) poured their hearts out on social media. Jennifer wrote: "Friends would not have been the same without you. Thank you for the laughter you brought to the show and to all of our lives. You will be so missed #JamesMichaelTyler." James' character Gunther was in love with Rachel Green from season one to season 10.

"The size of gratitude you brought into the room and showed every day on set is the size of the gratitude I hold for having known you. Rest In peace James," wrote Courteney Cox in an Instagram post.

Lisa Kudrow, in her tribute to her friend, wrote: "James Michael Tyler, we will miss you. Thank you for being there for us all. #jamesmichealtyler.

"We had a lot of laughs buddy. You will be missed. RIP my friend," wrote Matt LeBlanc.

Other than the main cast of F.R.I.E.N.D.S, Maggie Wheeler, who played the role of the infamous and much adored Janice on the show, also paid a tribute to James Michael Tyler on Instagram. She wrote: "I am thankful to have had the chance to know this kind and gentle man. In recent years James and I enjoyed working alongside one another doing PR for various Friends events and I'm very grateful for the time we spent together. I am so sad to hear of his passing and my thoughts are with his loved ones at this time.#jamesmichaeltyler."

Earlier this year, when the F.R.I.E.N.D.S cast gathered together for a reunion, which took the Internet by storm, James Michael Tyler met his co-stars and his fans via a video call. He was being treated for his prostrate cancer.

After being diagnosed with cancer, Tyler starred in two short films - The Gesture and The Word.

He also featured in an episode of Matt LeBlanc's Episodes in 2012.