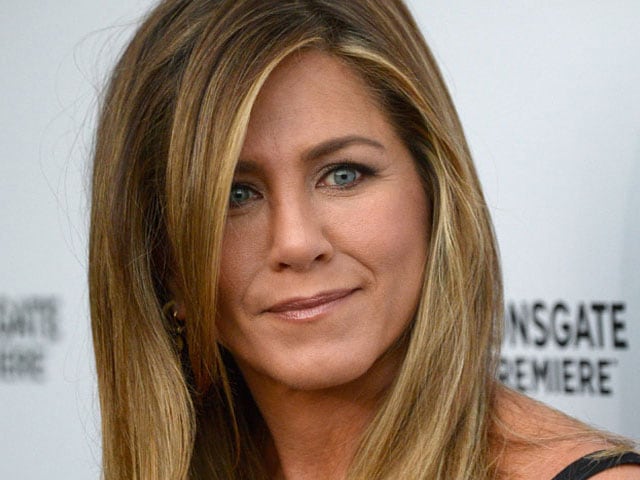 Jennifer Aniston at the premiere of She's Funny That Way. (Image Courtesy- AFP)

Jennifer, 46, looked chic in a black Roland Mouret ensemble as she attended the Los Angeles premiere of her upcoming film, She's Funny That Way, reported E!online .

While all eyes were on the A-lister's ring finger, it seems as though she was sporting her wedding band sans the engagement diamond bling.

"It feels quite natural," said Jennifer.

Her husband wasn't able to attend the premiere. However, Jennifer said that "he's shooting for The Leftovers in Austin."

The actress' red carpet appearance comes after Justin was spotted landing at the LAX airport shortly after his honeymoon in Bora Bora. (Also Read: After Secret Wedding, Jennifer and Justin Head For Honeymoon )

The glamorous vacation also doubled as a birthday celebration for Justin who turned 44 on August 10.

After a three-year engagement, the couple said 'I Do' on August 5 in an intimate ceremony at their Bel-Air home in California.