Here are glimpses of Taimur's Janmashtami celebrations at his playschool. 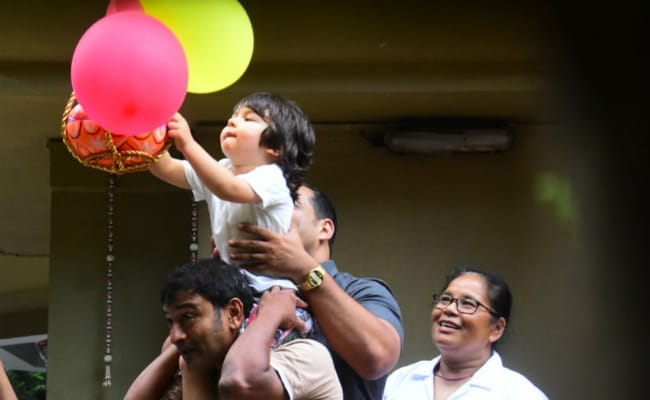 Kareena Kapoor's two-year-old son Taimur Ali Khan celebrated Janmashtami at his playschool, pictures and videos from which have been shared on social media. Taimur, who was under the strict supervision of his nannies, looks like was introduced to the dahi handi for the first time and was spotted adorably getting distracted by the balloons instead and playing with them. During the celebrations, Taimur grabs hold of the dahi handi and attempts to peek inside it but soon the balloons catch his fancy and he begins playing with them. Joining Taimur for the Janmashtami celebrations was his cousin sister Inaaya, who, safely perched in the lap of her nanny, was adorably spotted watching her big brother's shenanigans in awe.

Here are glimpses of Taimur's Janmashtami celebrations at his playschool. 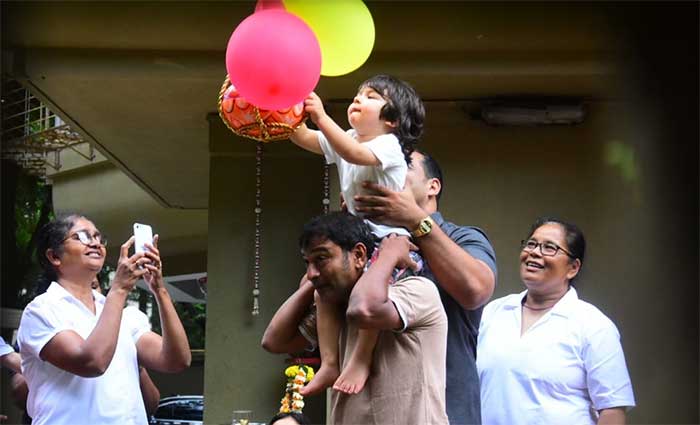 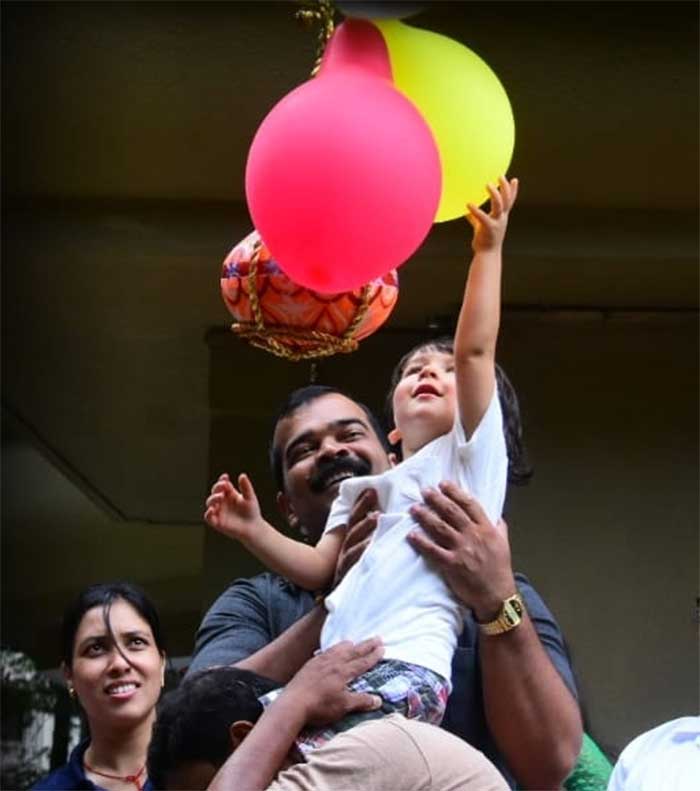 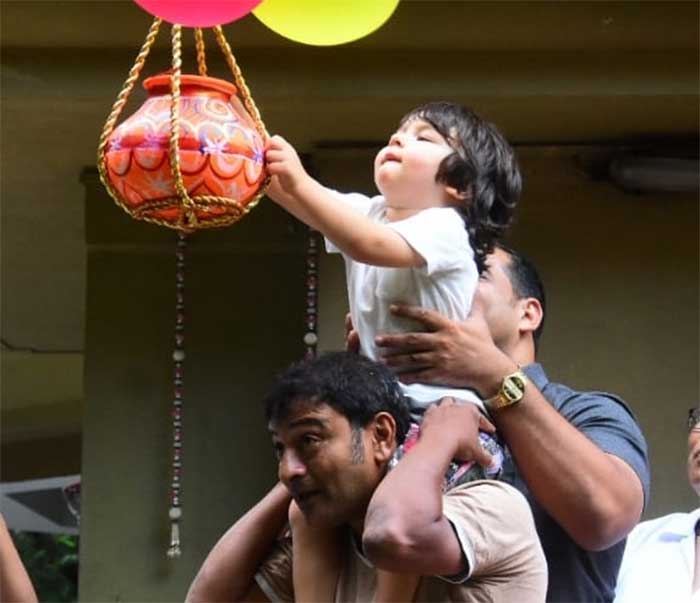 The Mumbai paparazzi are often spotted outside Taimur's playschool as well. Days earlier, Saif Ali Khan reprimanded a crowd of shutterbugs waiting outside his residence to click photos of Taimur. As soon as Saif exited the gates with Taimur enjoying a piggyback ride, the flashbulbs went off when Saif Ali Khan asked them to clear the way. Earlier this year, Saif had also snapped at the following paparazzi saying: "Bas karo yaar, bachcha andha ho jaayega (Stop it, the child will go blind)."

Saif Ali Khan and Kareena Kapoor recently touched down in Mumbai from their months-ling stay abroad, when Taimur was spotted waving at the paparazzi. When in Mumbai, Taimur is often spotted on playdates with Inaaya. Taimur was born in December 2016 while Inaaya Kemmu was born to Soha and Kunal Kemmu in September 2017.