Janhvi Kapoor's Pic Goes Viral, 'Sridevi Lives Through You' The Internet Tells Her

Janhvi Kapoor, you must check out the comments on you photo 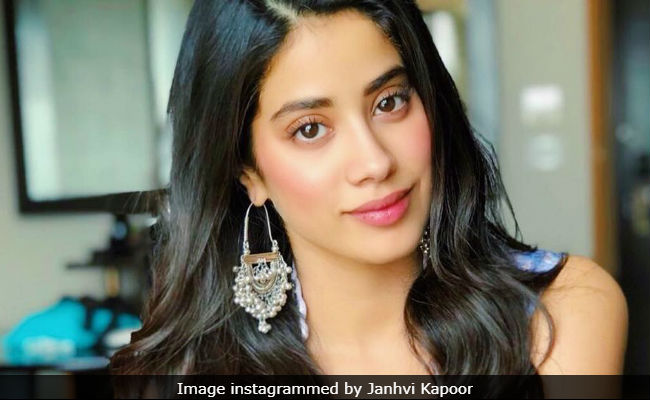 Janhvi Kapoor for the promotion of Dhadak in Lucknow. (Image courtesy: Instagram)

Janhvi Kapoor, who is currently on Dhadak promotion tour, posted a picture of herself on Instagram on Monday, which almost instantly went viral. In less than an hour, there were over 2 lakh likes and thousands of comments on the photo, most of which expressed the same thing - Janhvi is a "carbon copy of her mom Sridevi." A fan wrote, "I can see Sridevi in you" while another Instagram user added: "Your mother lives on through you... Eternally Sridevi." One Instagram user also added: "(you have) expressive eyes like Sridevi ma'am." Janhvi is the elder of Sridevi and Boney Kapoor's two daughters and her younger sister is Khushi. Janhvi Kapoor's debut film Dhadakreleases on July 20.

Janhvi shared the picture with her Instafam from the film's Lucknow promotional leg. Janhvi's sylist shared a detailed picture of her look for the day, which comprised a lilac outfit from the shelves of Ritika Mirchandani and accessorised by statement silver jewellery courtesy of Motifs By Surabhi Didwania.

Sridevi died in March this year by accidently drowning in the bathtub of the hotel she was staying in Dubai. In May, Janhvi gave her first ever interview to Vogue India, in which she talked about how life changed after Sridevi's death and what her mother had said after watching 25 minutes of footage of her debut film. Speaking to Dhadak producer Karan Johar, who interviewed Janhvi on behalf of the magazine, Janhvi said: "She was very technical about it. The first thing she told me was the things I needed to improve - she felt the mascara was smudged and it really bothered her. The second half has to be different, she told me, 'You can't wear anything on your face.' That's all she told me but she was happy."

This year Janhvi also collected Sridevi's National Award (given to her posthumously for her role in MOM) at a ceremony held in New Delhi. She wore a saree from Sridevi's personal collection.