Janhvi Kapoor's BFF Tanisha Santoshi Asked Her, "You Wanna Have A Kid?" Her Reply Is Priceless 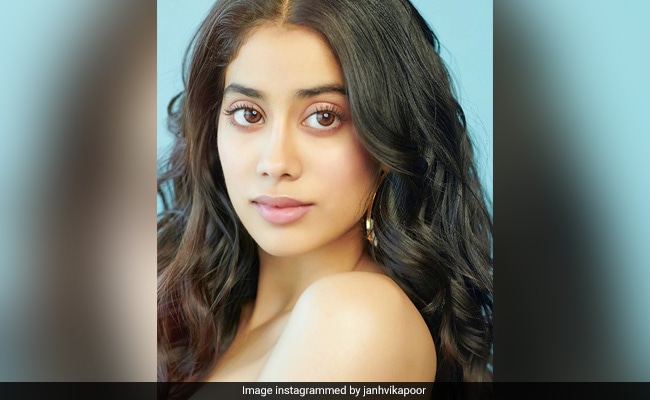 Janhvi Kapoor just spilled the beans on her wish to have kids. The 23-year-old actress shared a picture of herself on her Instagram profile and revealed that she would like to have kids. In the picture, which is a close-up shot of Janhvi's face, she looks as stunning as ever. Janhvi captioned the picture as, "Here's looking at you, kid." Within minutes of posting, Janhvi's picture was flooded with comments from her friends and fans. Reacting to the picture and the caption, Janhvi's BFF Tanisha Santoshi commented, "Who's kid? You wanna have a kid," to which Janhvi promptly replied saying, "Yes." Janhvi Kapoor has been trending a great deal for her remark, since then. Take a look at the picture and the comment here:

Here's looking at you, kid 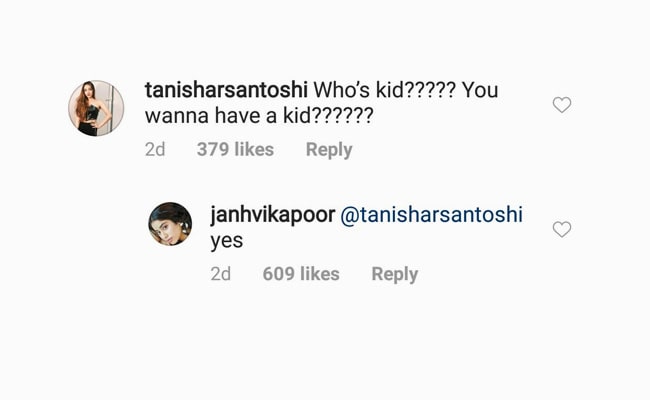 On Friday, Janhvi took a trip down memory lane with pictures from her old phone and they were gorgeous. Janhvi found her old phone and gave her Instafam a glimpse of her old gallery. She posted a set of pictures and videos featuring her father Boney Kapoor. Sister Khushi Kapoor and designer Manish Malhotra. Janhvi also shared snippets of her dance rehearsals. "Found my old phone, found some fun memz," Janhvi captioned the post. Take a look:

Janhvi, who made her Bollywood debut with the 2018 film Dhadak, was last seen in the Netflix anthology film Ghost Stories. Janhvi has an impressive line-up of films for this year. She has films such as Gunjan Saxena: The Kargil Girl, Roohi Afzana and Dostana 2 to look forward to.