James Corden Is 'Desperate' To Get Justin Timberlake On Carpool Karaoke 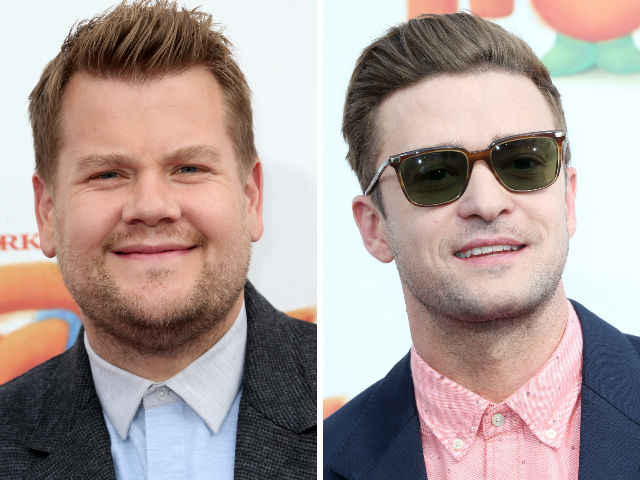 Los Angeles: Host James Corden has asked singer Justin Timberlake to do carpool karaoke with him "a million" times.

The 38-year-old television presenter hosts the segment, in which he picks up a star in his car and interviews them while singing along to their hits, on his show The Late Late Show with James Corden, and is desperate to get his Trolls co-star involved, reports eonline.com.

"It's really not our choice. It's all up to him, really. I hope so! I've asked probably a million times, so I hope so. I hope when he's got a new record out we'll get him on," James said.

"Who do you think you're talking to man? I want to do it, but we'll see. I'd love to. We'll see. I hope so, one day. That would be wonderful, it really would," he added.

Promoted
Listen to the latest songs, only on JioSaavn.com
The presenter then stated that he'd love to get the 35-year-old star to sing his hits such as Senorita and Rock Your Body.