'Jaldi Shaadi Karo.' The Birthday Gift Arjun Kapoor Got From His Daadi

Arjun Kapoor has shared his grandmother's note on social media 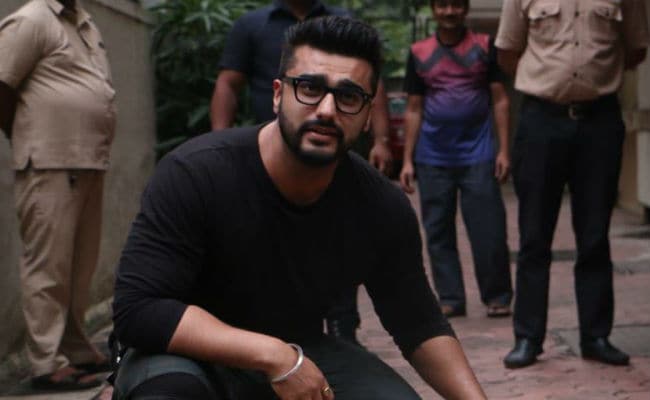 Arjun Kapoor, now 33, has received a special gift from his grandmother Nirmal Kapoor. Wondering what it is? Here you go. Ms Kapoor sent an envelope to Arju with a message that read, "To Arjun Kapoor, with love daadi. Jaldi shaadi karo." (Hilarious). Arjun has shared the note on social media without revealing what was inside the envelope and wrote, "When your daadi's gift is a threat and request, along with a bribe and command all rolled into one. #bossgrandma." Most members of his family like Sunita Kapoor, Sanjay Kapoor, Maheep, Rhea and Harshvardhan have liked the post, including stars like Varun Dhawan, Abhishek Bachchan, Karan Johar and Parineeti Chopra.

When ur Dadi's gift is a threat & request along with a bribe & command all rolled into one !!! @nirmalkapoorbombay #bossgrandma

Arjun Kapoor celebrated his 33rd birthday on Tuesday and the party was attended by his sisters Janhvi, Khushi, Anshula, dad Boney Kapoor and his friends like Varun Dhawan, Badshah and Sikander Kher.

Promoted
Listen to the latest songs, only on JioSaavn.com
Arjun and his cousin Sonam share the same birthday month and both turned 33. Sonam got married this May to businessman Anand Ahuja and chose to celebrate her birthday in London. Her sister Rhea, Arjun, Anshula and her close friends had reached London to be with her while Kareena and Saif also joined the party.

Arjun Kapoor was seen in two films last year - Half Girlfriend and Mubrakan, along with uncle Anil Kapoor. He recently wrapped the shooting of Namaste London with Parineeti. Apart from Namaste London, Arjun has Sandeep Aur Pinky Faraar, also with Parineeti, in the line-up. He will start filming Panipat, later this year.