A day ahead of his 34th birthday, Junior NTR unveiled the first look posters of his upcoming film Jai Lava Kusa on Twitter 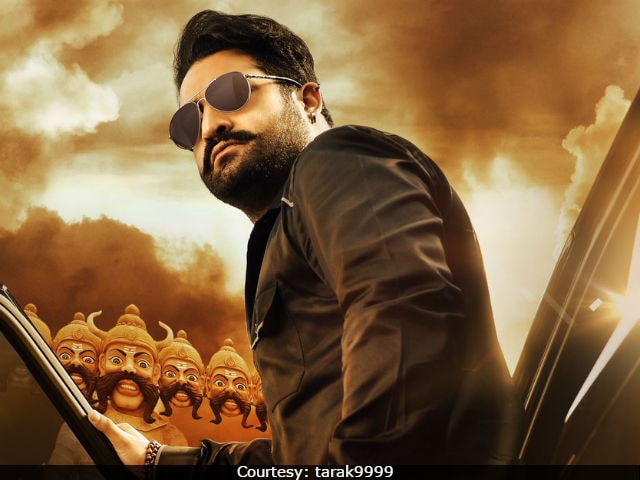 New Delhi: A day ahead of his 34th birthday, Junior NTR unveiled the first look posters of his upcoming film Jai Lava Kusa on Twitter. In the poster, the actor looks dapper in a black shirt and a gigantic effigy of Raavan can be seen in the background while in the second poster, he is chained and has a look of defiance. In both the posters, it seems the actor is bent on revenge. Junior NTR plays three characters in the film. Actress Rashi Khanna stars opposite Junior NTR in the film. Jai Lava Kusa is directed by Bobby. Junior NTR was last seen in Janatha Garage, which was one of the highest grossing Telugu films of last year.

Check out the posters of Jai Lava Kusa:

Last month, on the occasion of Ram Navami, Junior NTR revealed the motion poster of the film.

Wishing everyone a happy SRI RAMA NAVAMI.And here is the motion poster of #JaiLavakusahttps://t.co/lq5O2u2hNb

"NTR plays three characters in the film, and Hartwell has been roped in to specially take care of his look for one role. He has been flown down from Los Angeles to take the measurement for a facial mask. This is the first time in his career that NTR will be seen using prosthetic," news agency IANS earlier quoted a source from the film's unit as saying

Promoted
Listen to the latest songs, only on JioSaavn.com
The film went on floors earlier in February. Jai Lava Kusa is expected to hit the theatres in August this year. The film is produced by Junior NTR's brother Nandamuri Kalyan Ram, under his banner NTR Arts.