Meezaan Jafferi shared a childhood memory with his late grandfather 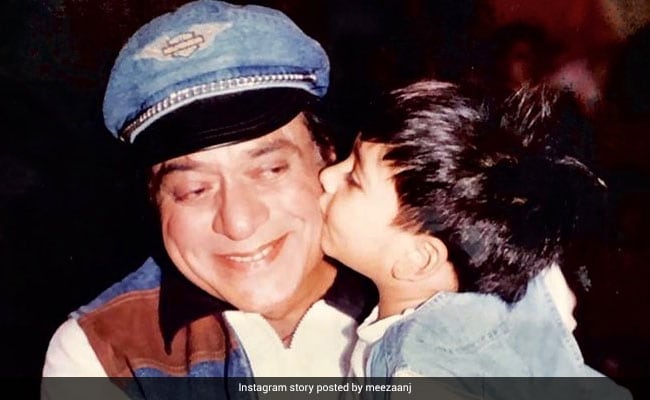 Veteran actor-comedian Jagdeep, who died at the age of 81 in Mumbai on Wednesday, was remembered by his grandson Meezaan Jaaferi (Jaaved  Jaaferi's son) in an Instagram post. The Malaal actor shared a priceless childhood memory with his late grandfather on his Instagram profile on Thursday evening. Meezaan accompanied the post with a heart emoticon. No caption needed. In the comments section, Meezaan's Instafam paid tribute to the veteran actor, who was best-known for starring in films such as Sholay, Purana Mandir and Andaz Apna Apna. "He passed away at 8.30 pm at his residence in Bandra. He was not keeping well due to age related issues," filmmaker Mehmood Ali, a close family friend, told news agency PTI.

Jagdeep's funeral was attended by sons Jaaved  Jaaferi and Naved Jafri, grandson Meezaan along with a few family members and close friends. Johnny Lever, who co-starred with Jagdeep in his first film Yeh Rishta Na Toote, was also present at the funeral. "The veteran actor was laid to at a cemetery in south Mumbai's Byculla neighbourhood at around 2.30 pm, a family source told PTI.