This was the first episode of the Red Table Talk since the Oscars in March where Pinkett-Smith's husband Will Smit slapped comedian Chris Rock. 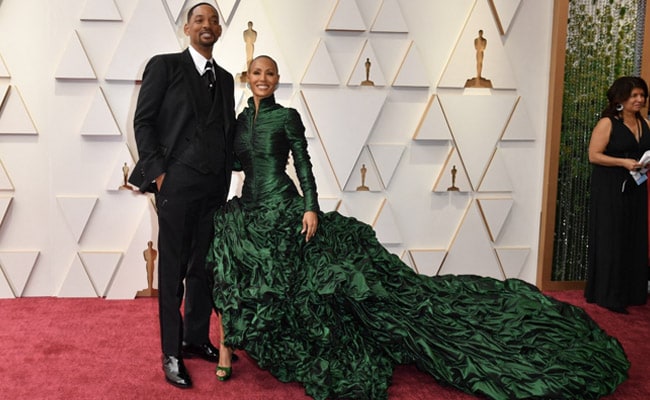 Will Smith and Jada Pinkett-Smith at the Oscars in March.

Jada Pinkett-Smith returned with the fifth season of her chat show Red Table Talk with a reference about Oscars slap involving her husband Will Smith.

“Considering all that has happened in the last few weeks, the Smith family has been focusing on deep healing. Some of the discoveries around our healing will be shared at the table when the time calls,” a title card stated at the beginning of the episode on Facebook Watch talk show, which was released on Wednesday.

"Until then… the table will continue offering itself to powerful, inspiring and healing testimonies like that of our incredibly impressive first guest," the statement signed by Pinkett-Smith further said. "Thanks for joining us."

This was the first episode of the Red Table Talk since the Oscars in March. During the show, Will Smith slapped host and comedian Chris Rock for making a joke about his wife.

Smith had compared Pinkett-Smith - who suffers from alopecia and shaved her head last summer - to Demi Moore's bald character “GI Jane”, prompting the slap from Smith.

While Rock was stunned, Smith later received the Best Actor Oscar for his role in “King Richard”.

Will Smith publicly apologised to Rock in a statement, but the backlash that followed prompted the Academy to launch an investigation. Smith was banned for 10 years from attending any Academy of Motion Pictures Arts and Sciences events, including the Oscars.

Smith later resigned from the Academy, which means he won't be able to vote on future Oscars.