Jackie Chan: Will Return to India to Film Kungfu Yoga 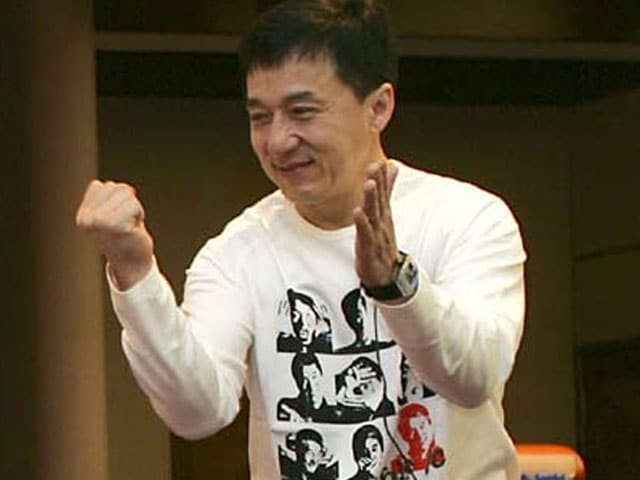 When Mr Chan last visited India in 2013, he spoke to this IANS correspondent about the need for encouraging movie collaborations and cultural exchange between the two countries.

Is he pioneering something in that direction?

"Yes, I am planning to start a new movie called Kungfu Yoga. That means I will be returning to film in India. Perhaps next time you will interview me on a set," Mr Chan, who will turn 61 next month, told IANS in an email interview from Beijing.

Star of movies like Police Story, Rush Hour and The Myth, Mr Chan will be seen in a prominent role in Kungfu Yoga.

From the film's title, one believes it will be a perfect amalgamation of the Chinese martial art Kungfu, and the art of Yoga, which originated in ancient India and now thrives around the world.

Mr Chan's earlier Indian collaboration has been with Bollywood beauty Mallika Sherawat in his 2005 film The Myth. But will his association with the Indian entertainment industry include a Bollywood film?

"I don't think about it in terms of doing a Bollywood movie, or even a Hollywood movie. The most important thing is the script. But, yes, I'm planning the new movie called Kungfu Yoga. Hopefully, we will start filming in the autumn," he added.

Meanwhile, the actor, who has regaled legions of his fans across the globe with his comedic and action avatars, hopes his American-Chinese collaboration Dragon Blade, directed by Daniel Lee, appeals to Indian audiences with its story.

"The myth about ancient Romans lost in China is absolutely intriguing. Also, I designed the fight sequences myself and I think the audiences will love them. Last of all, the songs and music in the movie are something I'm very proud of," he said.

In Dragon Blade, releasing here in English, Hindi, Tamil and Telugu, Mr Chan has worked with Hollywood actors John Cusack and Adrian Brody. The experience, he says, was "great".

"I enjoyed working with them and I look forward to working with more Hollywood stars in China. For many years, I acted in Hollywood films. It's exciting now that Hollywood stars are acting in Chinese films," said the actor, who defies age with his enthusiasm, passion and ability to perform daredevilry without a thought.

What keeps him going?

"Enjoy every moment of your life. Accept your own self. Be young at heart. I still go to the gym every day and run for an hour. But I never go on a diet. I believe in being 'Happy go Lucky.' That's my secret," said the action star, who worked with more than 800 extras, over 350 crew members and hundreds of horses for Dragon Blade.

Promoted
Listen to the latest songs, only on JioSaavn.com
So, is he choosing his roles more carefully?

"Of course, I am now 61. I would like audiences to think of me as a dramatic actor who happens to also do action. In my recent films, I've been trying to broaden my roles, including in Dragon Blade," said the actor.