"I need financial help till I get back on my feet," said the actress 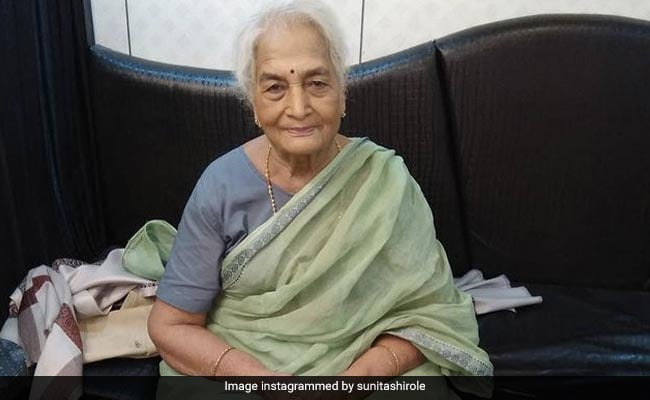 TV actress Sunita Shirole, who had a brief appearance in Salman Khan's 2015 film Bajrangi Bhaijaan, has sought financial help. The 85-year-old actress, in a recent interview with ETimes, opened up about her financial situation and she said, "I was working till the pandemic struck. I used up all my savings to survive during this period. Unfortunately, I had to be hospitalised around that time with a kidney infection and acute knee pain. If that wasn't bad enough, I fell twice in the hospital and fractured my left leg. I can't bend it anymore. I have undergone an angioplasty in the past and I am battling other ailments, too."

Sunita Shirole thanked film body Cine And TV Artistes' Association (CINTAA) and revealed that she has been staying at actress Nupur Alankar's house. "I was staying as a paying guest in a flat, but I couldn't pay for three months, as I had no money left. I am grateful to CINTAA (Cine And TV Artistes' Association) for sending Nupur to help me. She has brought me to her home for the time being and has also hired a nurse for me. I want to start working because I need the money, but the condition of my leg is deteriorating and I don't know if I will be able to walk again. I need financial help till I get back on my feet," ETimes quoted her as saying.

The actress also opened up about a venture that she and her husband had started a few years ago. However, they lost all their earnings after a fire broke out in the warehouse. "I have earned a lot during my heydays and would help those in need. I had never imagined that I would ever be at crossroads in life. I had invested a major chunk of my earnings in a business set-up by my husband and me. However, a fire broke out in the warehouse and we lost everything. He passed away in 2003. Aaj main duniya ke rehem aur karam par hoon. It's very difficult to survive. I regret not saving money for a rainy day and not owning a house in Mumbai," she said.

Sunita Shirole has been a part of films and TV shows such as Bajrangi Bhaijaan, Shaapit, The Legend Of Bhagat Singh, Made In China, Kis Des Mein Hai Meraa Dil and Mrs Kaushik Ki Paanch Bahuyein among others.