"It's The Need Of The Hour": Anushka Sharma Calls For Stricter Law Against Animal Cruelty

"People need to take responsibility for that on an individual level also," said Anushka Sharma 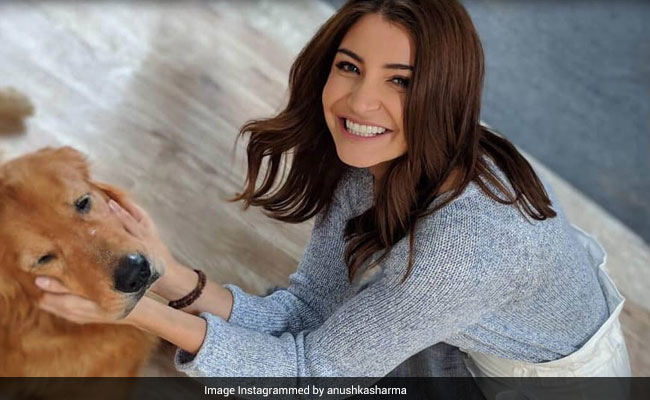 A few days after the death of a pregnant elephant in the Silent Valley of Kerala's Palakkad district, thought to have mistakenly eaten a cracker-filled fruit meant for wild boar, actress and animal lover Anushka Sharma called for stricter animal laws in the country. Speaking to NDTV's Rohit Khilnani, Ms Sharma addressed the issue of animal cruelty with respect to the tragic death of the elephant and said, "I was absolutely appalled and aghast at what happened when I read the news. I couldn't understand how such a cruel act could have been carried out. I have always been a spokesperson for the voiceless. Not only am I compassionate about animals, but I also understand how important it is for us to live in synergy with nature."

A quick glance through Anushka Sharma's social media profiles on Twitter and Instagram reflects her love for animals. The 32-year-old actress, who has extensively been working on issues pertaining to animal rights, said, "It's the need of the hour right now, especially with what's happening around the world. If people don't pay attention to this soon enough, it's going to get worse. So, I think, people need to understand that. People need to take responsibility for that on an individual level also."

Citing the example of children who throw stones at stray dogs, Anushka Sharma said, "It's so easy, I see kids throwing stones at a stray dog and that's how it starts. You start throwing a stone at a stray dog and then you'll go and harm a bigger animal and this goes on and on. It makes me really sad that humans can do that. You are supposed to be apparently the most evolved species. We are supposed to be the protectors of nature, of all these voiceless beings and we are not doing that."

When the NH10 actress was asked how one stops animal cruelty and if there is a need for stricter laws, she told NDTV, "If we have stricter laws, there is accountability. People have to understand the importance of this, only then can we move towards being a civilised planet." She signed off saying, "I really wish we have stricter laws against animal cruelty and they are exercised and executed in a way that there is fear in people that they don't think they can do something like this and get away easily."

In 2019, Anushka Sharma started a #JusticeForAnimal campaign after a stray dog in Mumbai was brutally beaten by the security personnel of a housing complex. The actress' love for animals is also reflected in her recently produced web-series Pataal Lok, where a character's love for dogs shapes the plot of the show.