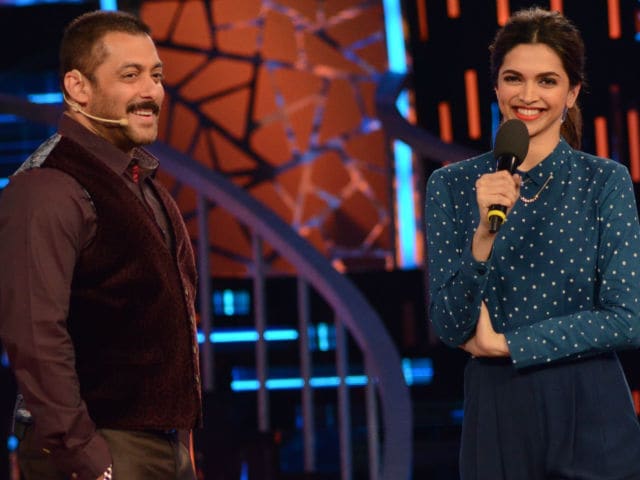 Mumbai: Deepika Padukone will be joining superstar Salman Khan to launch the tenth season of controversial reality TV show Bigg Boss. The actress says she will be getting "Hollywood's action and thrill" to the launch event.

But the news was confirmed by Raj Nayak, CEO of Colors channel, which beams Bigg Boss.

He also shared a video in which Deepika is seen telling the audience to brace themselves for a thrilling ride with the upcoming season of the show.

In the clip, the Piku star is saying: "In this tussle between the people of India and celebrities, I will be getting the thrill and action of Hollywood."

The excitement begins. Look who is coming to @BiggBoss for the launch. 16th October 9 PM - Book your seats Now ! @xxxMovie@deepikapadukonepic.twitter.com/HHOPZq7Gub

The reality show, an Indian version of international series Celebrity Big Brother, features celebrities locked inside a house for three months under constant camera surveillance, without any gadgets or luxury.

This time the spotlight is on the common man. For the first time, the controversial reality show will open its doors to the common people to appear as contestants along with the stars.

Promoted
Listen to the latest songs, only on JioSaavn.com
After months of auditions and scrutiny, 13 names have been shortlisted, of which eight will be entering the house. The format details for the new season are yet to be revealed.