It's Been 10 Years Since Rajesh Khanna Died. "He Is Still Here," Writes Daughter Twinkle

Twinkle Khanna shared a throwback picture with her dad 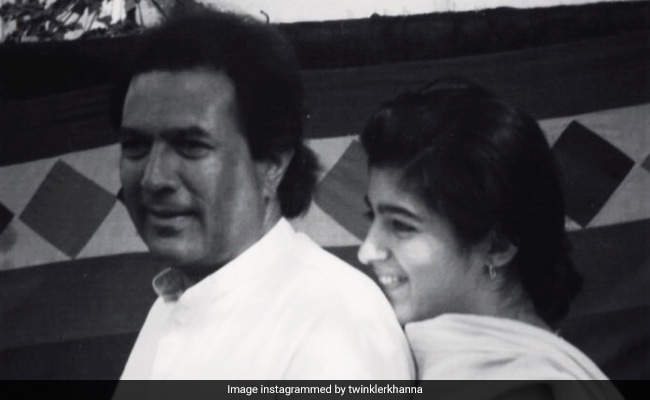 A throwback of Twinkle with Rajesh Khanna. (courtesy: twinklerkhanna)

Rajesh Khanna, who made his Bollywood debut in the year 1966 with Aakhri Khat,was the star of hit films like Aradhana, Anand, Kati Patang and Safar among many others. He married actress Dimple Kapadia in 1973. In the same year, Dimple Kapadia's debut Bollywood film Bobby, co-starring late actor Rishi Kapoor released. The actor-politician was posthumously awarded the Padma Bhushan, India's third-highest civilian honour.

Twinkle Khanna is a celebrated columnist and the author of Pyjamas Are Forgiving, The Legend Of Lakshmi Prasad and Mrs Funnybones - all of which were best-sellers. Twinkle is also an interior decorator, the owner of The White Window, and a film producer. Her last project as a film producer was the National Award-winning film PadMan, which starred her husband Akshay Kumar in the lead role. She also runs a digital content company called Tweak India.