"Time To Be A Mamu": How Arjun Kapoor Wished Mom-To-Be Sonam 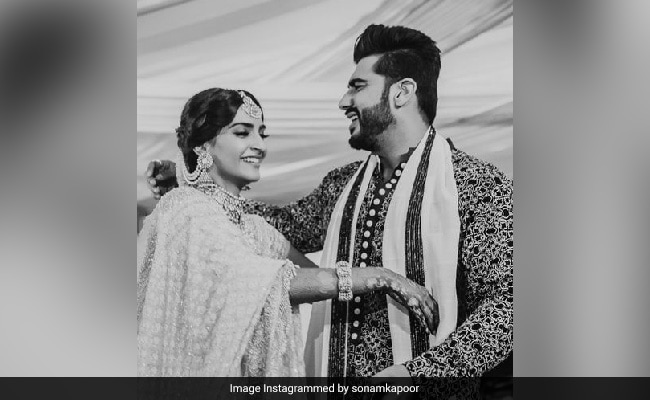 A throwback of Arjun and Sonam Kapoor. (courtesy: sonamkapoor)

The Kapoor family is going crazy over the news of Sonam Kapoor's pregnancy. Even fans can't keep their calm after Sonam and Anand Ahuja announced the news on social media on Monday. The couple has been flooded with good wishes from all fronts. Arjun Kapoor, Sonam's cousin, too couldn't help express his joy on social media. The actor has shared the couple's post on Instagram Stories. Not just that. He captioned it, "Good things happen to good people" and attached a white heart to it. He added, "Time to be a mamu [uncle]." No wonder Arjun Kapoor is excited about the parents-to-be Sonam and Anand Ahuja. Take a look at what he posted: 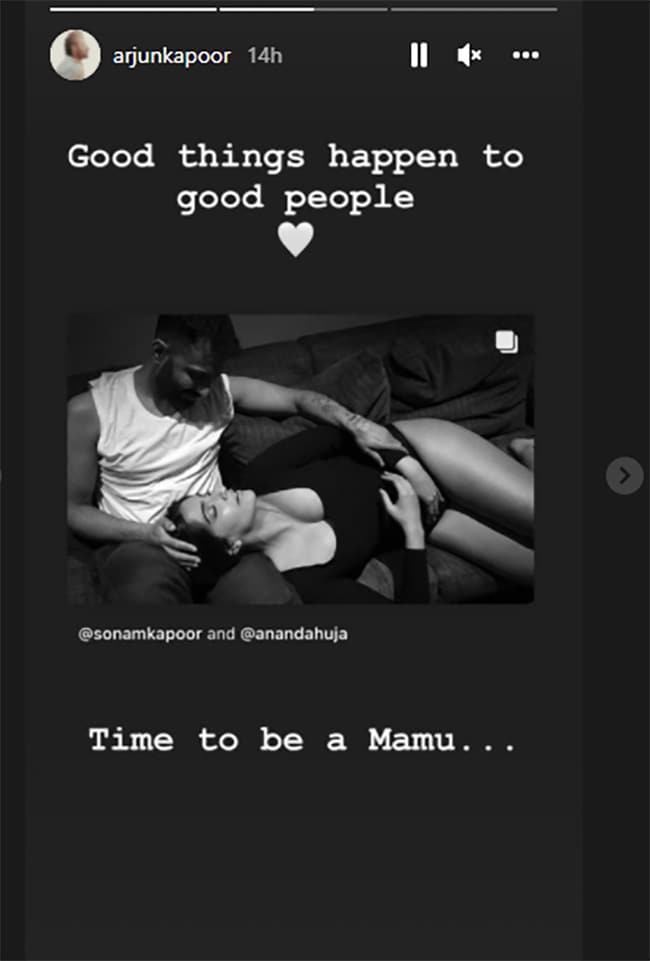 Arjun Kapoor isn't the only one to show his love on social media. Sonam Kapoor's sister Rhea Kapoor has flooded Instagram with photos of the expecting couple. Posting the images from the photoshoot, she wrote a sweet and simple note. "That's Rhea masi to you. Every day phenomenal. Love you Sonam Kapoor and Anand Ahuja," it read.

In another upload, Rhea Kapoor wrote, "Only love." Rhea Kapoor has also thanked a bunch of people who helped pull off the photoshoot for the couple. Here's the post:

Sonam Kapoor's father, veteran actor Anil Kapoor did not forget to pen a special note for his daughter. He posted Sonam and Anand Ahuja's photo on his Instagram page. Anil Kapoor also wrote quite a filmy caption. And, we loved it. " Now preparing for the most exciting role of my life - grandfather. Our lives will never be the same again and couldn't be more grateful. Sonam Kapoor and Anand Ahuja you have made us happy beyond measure with this incredible news," it read. Take a look at this post:

Sonam Kapoor and Anand Ahuja have also received congratulatory messages from Bollywood celebrities like Anushka Sharma, Kareena Kapoor among others.

Kriti Sanon Visited Her School After 15 Years. See What She Posted