"She (Mira) just has a thing against shoes being in the middle of a room," said Ishaan 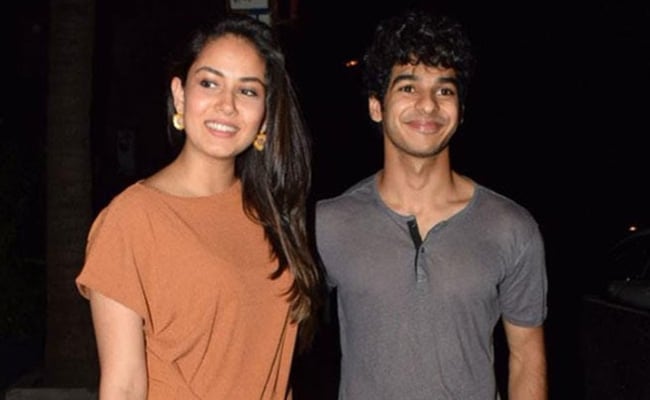 Ishaan Khatter and Mira Rajput were photographed in Mumbai.

Whenever Ishaan Khatter wants to "engage" with his niece Misha and nephew Zain at Shahid Kapoor and Mira Rajput's house, he has to follow a protocol strictly set by his sister-in-law - "remove shoes" and then enter the room "real quiet." The actor recently made his debut on Neha Dhupia's chat show No Filter Neha, where she hilariously accused of not behaving well at his brother's house. Ishaan, however, disagreed and revealed that he has "learnt" to follow the "protocol" set by Mira whenever he visits his brother and his family. Ishaan Khatter told Neha Dhupia: "She (Mira) just has a thing against shoes being in the middle of the room. It's not even the middle of a room, it's the corner but it's not the corner she would prefer. I have learnt the protocol to engage with my niece and nephew. First you remove your shoes where they should be and then you go into the house, real quiet like. Usually you got to do a handstand. That's how it works in that house. I have learnt to put my shoes where it should be."

Ishaan Khatter loves Misha and Zain a lot and it can be clearly seen on his social media profile, where he has also shared pictures of them with adorable captions. Just to save you the trouble, we have handpicked a few for you. Take a look:

Shahid Kapoor and Mira Rajput married in July 2015 and Misha, their first child, was born the following year. Shahid and Mira welcomed their second child, a son they've named Zain, in September, 2018.

Coming back to Ishaan Khatter, the actor will next be seen in miniseries A Suitable Boy, directed by Mira Nair.