"Misha is just the most delightful joyous presence in all our lives," Ishaan Khatter said 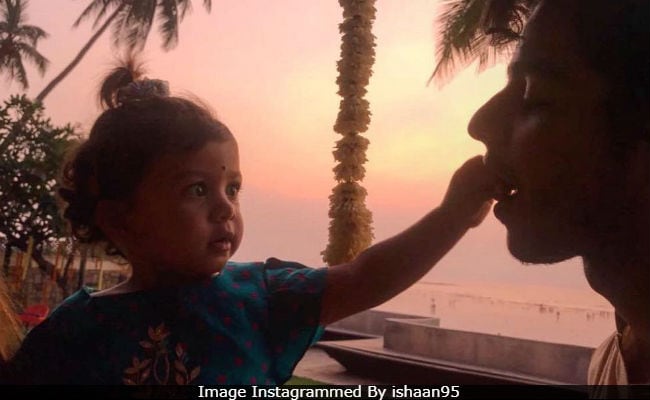 Asked if he meets Misha frequently, Ishaan said, "I do, but not often enough. I would say because of the nature of our work. They (Shahid and Mira) also get busy sometimes while travelling. But Misha is developing and growing in a beautiful manner."

Meanwhile, Ishaan and Janhvi are currently busy promoting their film Dhadak, which releases on July 20. Dhadak is Janhvi's debut film while this year, Ishaan starred in Indo-Iranian film Beyond The Clouds (his first). "I am fortunate to be offered variety in such a short span of time. I managed to make my debut with my favourite Majid Majidi, whereas Dhadak is giving me a huge mass exposure," he told news agency IANS.

Dhadak is a remake of Marathi film Sairat. The Hindi version is directed by Shashank Khaitan and produced by Karan Johar.

Promoted
Listen to the latest songs, only on JioSaavn.com
Comments
ishaan khattermishashahid mira