Is Qadar: Tulsi Kumar And Darshan Raval's Song Is A Smash Hit With Over 100 Million Views

Is Qadar is a love song that conveys emotions of falling, staying and defying all odds in love 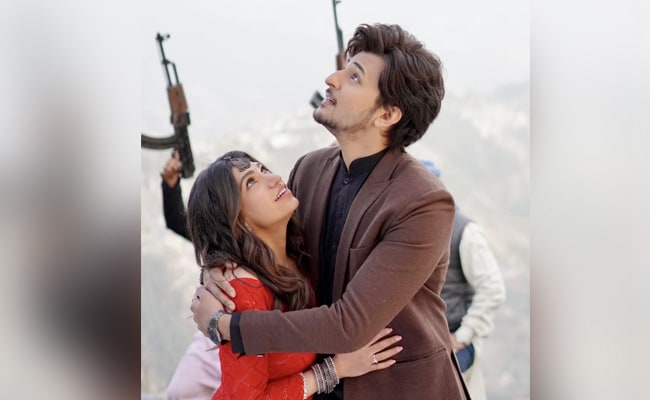 A still from the track Is Qadar.

Music icons Tulsi Kumar and Darshan Raval with songs like Tere Naal, Teri Aankhon Mein, Naam, Teri Ban Jaungi and several others all of which have been a part of the coveted 100 million views club, are among the most popular young singers in the country today. The artists then collaborated for the romantic love ballad Is Qadar presented by T-Series. Not surprisingly, the song has become a huge success and clocked in over 100 million views within no time of its release.

Is Qadar is a love song that conveys emotions of falling, staying and defying all odds in love. Composed by Sachet-Parampara, with lyrics by Sayeed Qadri, the song with its qawwali elements and instrumental beats is straight from the heart.

Shot at the charming and quaint Shimla by Arvindr Khaira, Is Qadar has transported the audience into a world of enchantment as the chemistry between the two singers is simply electric. While singers have featured in their respective music videos before, both Tulsi and Darshan went the extra mile and essayed their characters in the song. The extra effort did not go unnoticed and the song became an overnight sensation ever since it was released.

The 100 million views is yet another feather in the illustrious caps of Tulsi Kumar, Darshan Raval, Sachet-Parampara, Sayeed Qadri and T-Series.