Is Phillauri a Wedding Drama? Anushka Reveals What the Film is About 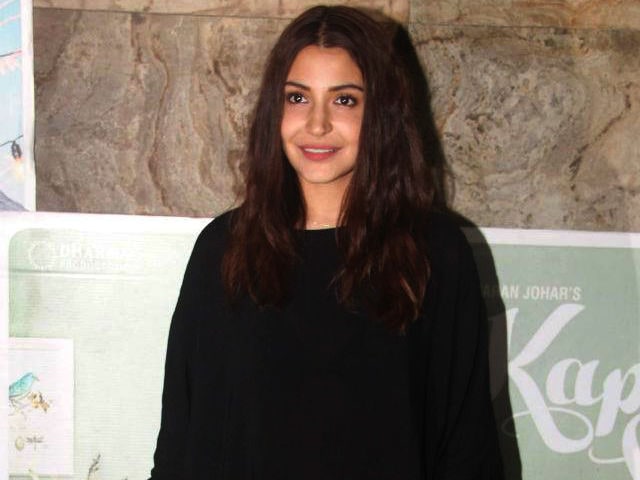 New Delhi: After the success of her dark thriller NH10, Anushka Sharma is back with her second production Phillauri, which the actress says is a romantic film with lots of "drama and craziness".

The film is set against the backdrop of a Punjabi wedding but Anushka says it is not a wedding drama.

"Wedding in the movie is just the backdrop of the story. Phillauri has got shades of drama, craziness and really interesting characters. It is romantic, fun and at the same time very intriguing. The story is set in Phillaur district of Punjab," Anushka told PTI in an interview.

The shooting will begin in mid-April and it will be a start-to-finish schedule till June.

"We are in the process of letting go. We are standing at the edge of the pool and ready to jump," the producers said.

It is the first out-and-out Bollywood movie for Suraj, who shot to global fame with Ang Lee's Life of Pi. He next starred in Hollywood film Million Dollar Arm and that's where Karnesh spotted him.

"I saw Suraj in Million Dollar Arm and realised he is pretty similar to what we were looking for the movie. It is a fresh casting. We feel both Suraj and Diljit bring raw energy to the movie. Diljit comes across as very honest, someone who is a good guy and that connects with people," Karnesh said.

Anushka said the idea to cast Diljit came when she saw his Punjabi film Jatt and Juliet. "He is hilarious in the movie in a very endearing way."

Similarly, the actress felt Mehreen was someone who could transform even a typical scene into something else. "Suraj, Diljit and Mehreen have added newness to the film with their personalities because they are not set in their ways."

"Some work is still left on Sultan. It has been a very hectic start of the year but it has been fun. I am getting to work with some interesting people and collaborate on films that add diversity to the roles that I have done. It has been very hectic and busy but I am happy that it is the way it is," she said.