The model's flowy gown at the Grammys led to pregnancy rumours on social media. 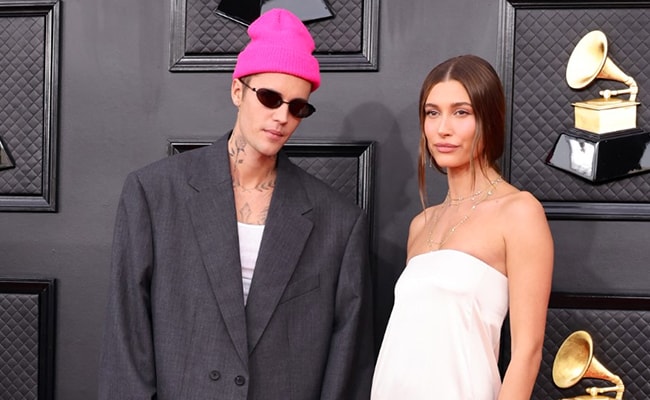 Hailey and Justin Bieber at the Grammys (Image Credit: AFP)

Justin Bieber's wife Hailey Bieber is not pregnant. The model herself has put an end to all the rumours that reached a fever pitch after her Grammys red carpet look. "I am not pregnant leave me alone,"  Hailey wrote under a post that speculated that she is expecting her first child with the pop star Justin Bieber. Fans, in larger numbers, have come out to support Hailey. “Leave her alone,” read one of the comments under the photo. A person wrote, “Respect Hailey.” So, it all started when Hailey walked the red carpet in a flowy Saint Laurent gown. A few fans, as per the post, thought that it was a “carefully crafter style choice”. Well, well, we hope things are much clearer now. 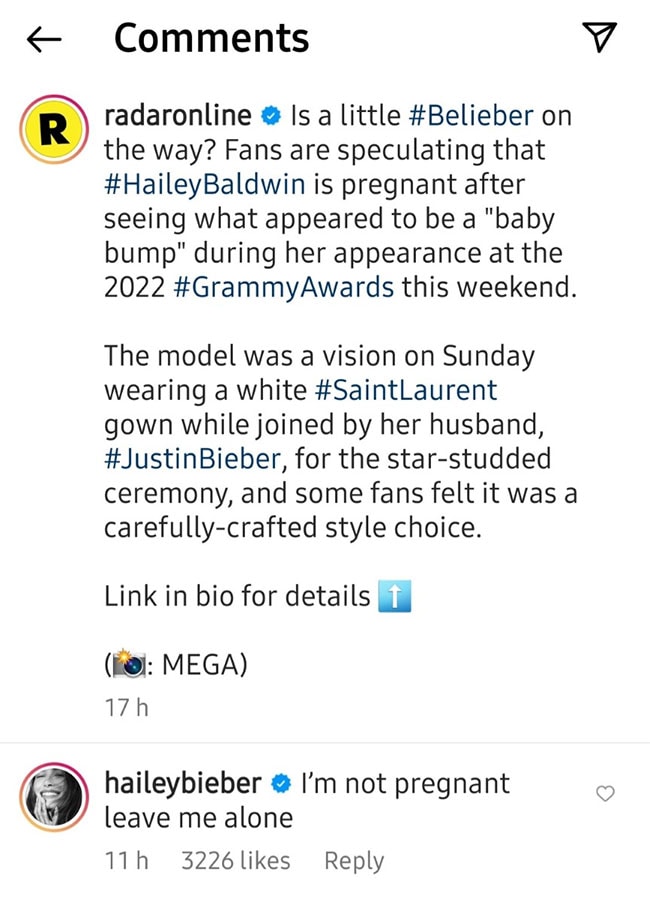 Apart from the pregnancy rumours, fans took notice of Hailey Bieber in another context too. When she walked the red carpet with Justin Bieber, one couldn't miss out on their PDA. On music's biggest night, the two were seen kissing in front of the cameras on the red carpet. Fans haven't been able to stay calm after their photos got released. Read more about it here.

Justin Bieber and Hailey Bieber's love story has us all falling head over heels. On their marriage anniversary, the two made it a point to make the day a special one. Justin Bieber had picked a greyscale picture from the wedding day and wrote, "Happy anniversary baby. Love you. To the moon." The two got married in September 2019.

Hailey Bieber had also shared a set of photographs from their wedding album to mark the day.