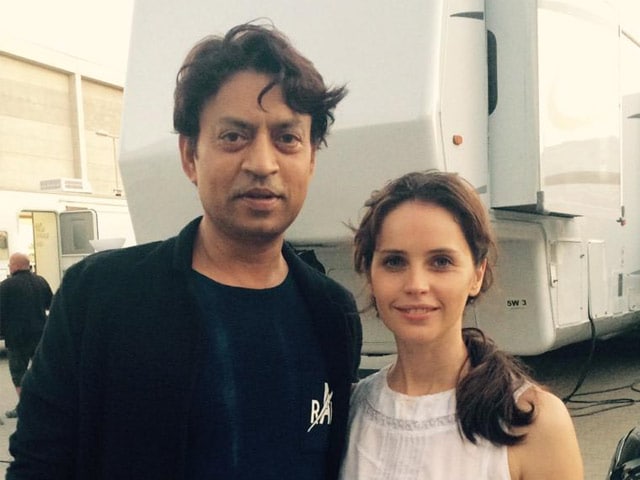 Caption: This image was posted on Twitter byIrrfan Khan

Mumbai: Bollywood actor Irrfan Khan has wrapped up shooting for his Hollywood venture Inferno in Budapest by finishing his schedule with Hollywood star Felicity Jones.

The critically-acclaimed actor, who has featured in a string of Hollywood films like A Mighty Heart, Slumdog Millionaire, The Amazing Spider-Man, Life of Pi and the recent Jurassic World, took to microblogging site Twitter to share the update.

It's a wrap time #InfernoMovie last day with FelicityJones pic.twitter.com/j05obrR7rD

The Piku actor also posted a photograph of him posing with Felicity. Irrfan will be sharing screen space with Hollywood star Tom Hanks as well in the film adaptation of Dan Brown's book.

The adaptation is being directed by Ron Howard, in which Hanks play the lead character Robert Langdon. The directed posted on Twitter:

Irrfan will portray the role of Provost, the head of a shadowy group that becomes involved with Robert Langdon (Tom Hanks), while French actor Omar Sy will play the leader of a disease prevention team.