Irrfan Khan Shares Hindi Medium's Poster And It Is Intriguing 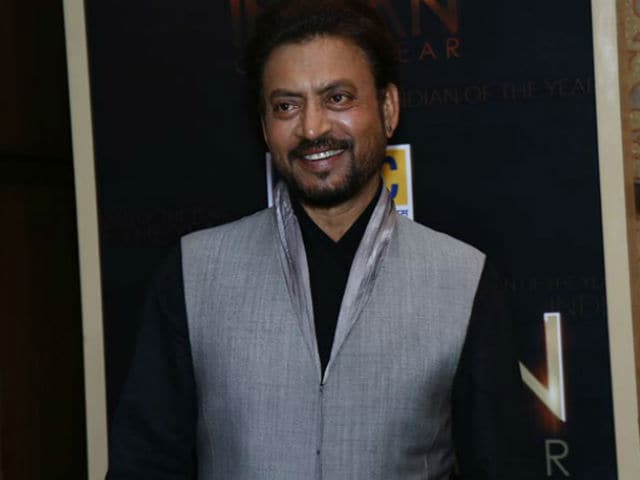 New Delhi: The first poster of actor Irrfan Khan's upcoming filmHindi Medium is out. The poster clearly distinguishes between the monetary differences prevalent in the society. It shows a man's feet, with each leg set in two completely different worlds. On one side we see a leg wearing a polished shoe and well-ironed trousers while the other is wearing a tattered footwear and has bruised legs. There's a strong message on the poster, which reads, "Cheating, Lying. The parents who will do anything to get their children into right school." The film releases on May 12 and also features Pakistani actress Saba Qamar opposite Irrfan.

The 50-year-old actor shared the teaser poster of Hindi Medium on Twitter and wrote: "Time to go back to school."

Time to go back to school .. Teaser poster of #HindiMedium@maddockfilms@TSeriespic.twitter.com/fytVR1cnHw

Hindi Medium is Irrfan's first Bollywood film in two years. He last appeared in Aishwarya Rai Bachchan's Jazbaa. However, the actor starred in the Hollywood film Inferno in 2016.

Promoted
Listen to the latest songs, only on JioSaavn.com
From the poster of Hindi Medium, it seems that the film deals with the education system in India. The film is helmed by Saket Chaudhary, who previously directed Vidya Balan and Farhan Akhtar's Shaadi Ke Side Effects. Hidi Medium is co-produced by Dinesh Vijan and Bhushan Kumar.