Irrfan Khan, Battling Cancer In London, May Return To India After Diwali 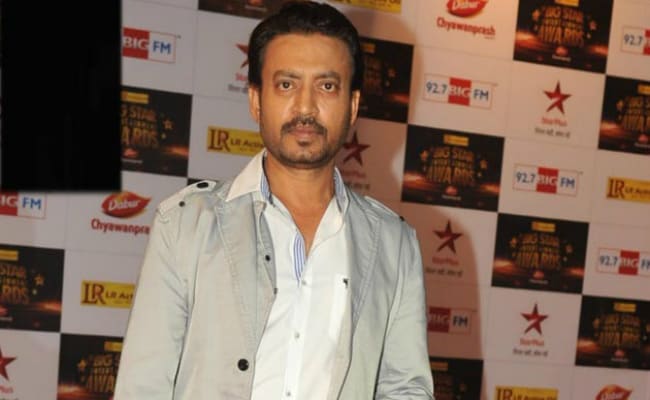 Irrfan Khan is currently in London for treatment

Irrfan Khan, who is currently undergoing treatment for a rare form of cancer in London, may return to India sometime after Diwali, said the actor's spokesperson in a statement on Wednesday, reported news agency PTI. The statement was released to dismiss rumours that Irrfan is to begin shooting for the sequel of Hindi Medium 2 in December. "The story floating about Irrfan starting 'Hindi Medium 2' shoot in December is all based on speculations. However, there is a possibility of him returning to India after Diwali," the spokesperson said in a statement," said the statement from the actor's spokesperson, reported PTI.

Irrfan Khan's Hindi Medium released to much critical acclaim last year, which the 51-year-old actor particularly being singled out in reviews for his brilliant performance.

Irrfan Khan, who shifted to London to receive treatment for neuroendocrine tumour, earlier this year, tweeted to say that he's been diagnosed with a rare form of cancer in March this year.

Since then, Irrfan Khan has always shared health updates on his social media accounts and eve resurfaced to change his display picture a few times. Earlier in May, Irrfan Khan was spotted at the Lord's, watching a cricket match. In August, Irrfan Khan opened up about undergoing chemotherapy sessions in an interview to Hindustan Times and added that "I'm completely out of reading scripts."

The same month, Irrfan Khan opted out of Amazon's upcoming web series Gormint, which is in association with comedy conglomerate AIB. "With a heavy heart I would like to say that due to this ongoing situation, I will not be able to fulfil my acting commitment to the show," read an excerpt from the actor's lengthy Facebook post. In his note, Irrfan added that his team and AIB tried to figure out a way about completing the project but his current medical condition does not allow him to go on with the show.

Irrfan Khan was last seen in road trip movie Karwaan, his second release after he flew to London for treatment - Blackmail released in April. Meanwhile, Irrfan Khan's film with Deepika Padukone, which was to be co-produced by Vishal Bhardwaj, has been delayed indefinitely owing to the actor's medical condition.