Irrfan Khan Admitted To Hospital, Currently In ICU, Confirmed Spokesperson A Day Ago

"Yes it is true that Irrfan Khan is admitted to ICU at Kokilaben in Mumbai because of a colon infection," Irrfan Khan's spokesperson said a day before his death 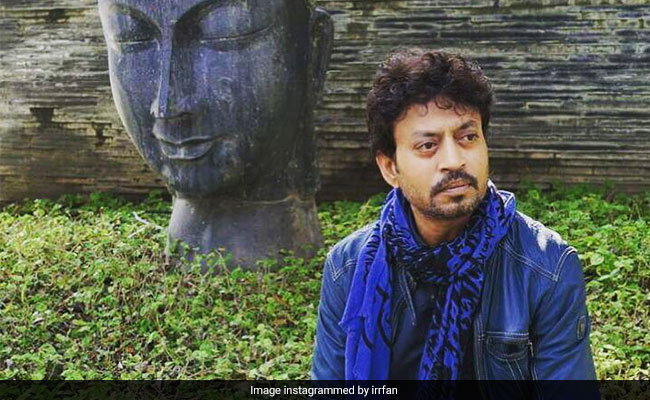 A day before his death, actor Irrfan Khan's spokesperson confirmed that he had been taken to Mumbai's Kokilaben Dhirubhai Ambani Hospital: "Yes it is true that Irrfan Khan is admitted to ICU at Kokilaben in Mumbai because of a colon infection. We would keep everyone updated. He is under doctor's observation. His strength and courage have helped him battle and fight so far and we are sure with his tremendous willpower and prayers of all his well-wishers, he will recover soon". The 53-year-old actor's health suddenly deteriorated as a result of which he needed immediate medical care. He was reportedly accompanied by his wife Sutapa Sikdar and his sons Babil and Ayan Khan. Irrfan Khan died in hospital on Wednesday.

Irrfan Khan's mother Saeeda Begum died at the age of 95 on Saturday morning in Jaipur. According to news agency ANI, Irrfan paid his last respects to his late mother through a video conferencing session.

The Life Of Pi actor was diagnosed with an neuroendocrine tumour in March 2018 and a few days later, he left for London for his treatment. He returned to India in February 2019 and filmed Angrezi Medium during his brief visit. A couple of months later, he flew into London to continue the treatment and returned to India after his surgery in September last year.

Angrezi Medium, co-starring Kareena Kapoor and Radhika Madan, was Irrfan Khan's first film after being diagnosed with neuroendocrine tumour. Before that, he was seen in the 2018 film Karwaan, co-starring Dulquer Salmaan and Mithila Palkar.

Irrfan Khan's impressive filmography includes projects like Maqbool, Haasil, Paan Singh Tomar, Haider, Pinku, Talvar and the Academy Award-nominated Salaam Bombay! He has also been a part of international projects like The Namesake, Life Of Pi, Inferno, Slumdog Millionaire and The Warrior among others.