RCB trumped SunRisers Hyderabad by 10 runs with an exceptional performance by Yuzvendra Chahal, whose two-wicket over proved to be a game changer last night 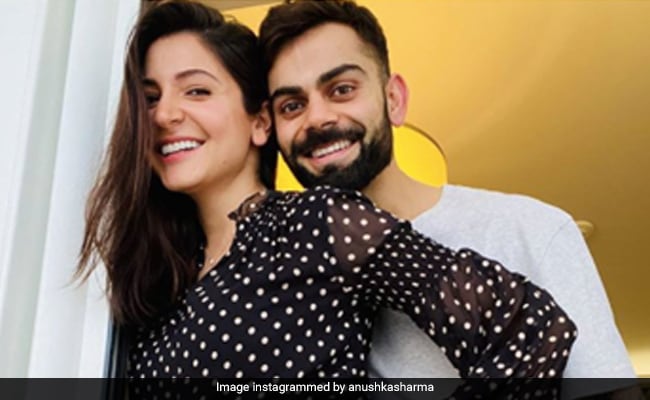 The much awaited Indian Premier League is on and mom-to-be Anushka Sharma can't keep her eyes off the TV. Well that's only obvious with Virat Kohli on the field, who captained Royal Challengers Bangalore (RCB) into winning their first match of the series. RCB trumped SunRisers Hyderabad by 10 runs with an exceptional performance by Yuzvendra Chahal, whose two-wicket over proved to be a game changer last night. Back at home, Anushka Sharma cheered for Royal Challengers Bangalore's win with a lot of excitement, which spilled onto Instagram in the form of a story. "Winning start," wrote Anushka, sharing a photo of Virat Kohli high-fiving Yuzvendra Chahal on the pitch. Meanwhile, Anushka Sharma is expecting her first child with Virat Kohli - she's due in January 2021. On World Gratitude Day, Anushka shared a photo of her, which revealed her baby bump, along with a few quotes on positivity, attributed to late spiritual guru Ram Dass and author Eckhart Tolle.

"Acknowledging the good that you already have in your life is the foundation for all abundance" - Eckhart Tolle Gratitude to all those who showed me kindness and made me believe in goodness in this world , opening my heart enough to practice the same with the hope to pay it forward ???? Because ... " After all , we are all just walking each other home " - Ram Dass #worldgratitudeday ????

The couple announced their pregnancy in August with similar posts, writing: "And then, we were three! Arriving Jan 2021."

Here's a glimpse of Virat Kohli's "whole world": "Nothing is more real and humbling than experiencing creation of life in you. When this is not in your control then really what is?" Anushka had captioned this photo.

Nothing is more real & humbling than experiencing creation of life in you . When this is not in your control then really what is ?

The Indian Premier League took off on September 19 in Dubai. Virat Kohli's Royal Challengers Bangalore will play against Kings XI Punjab on September 24.