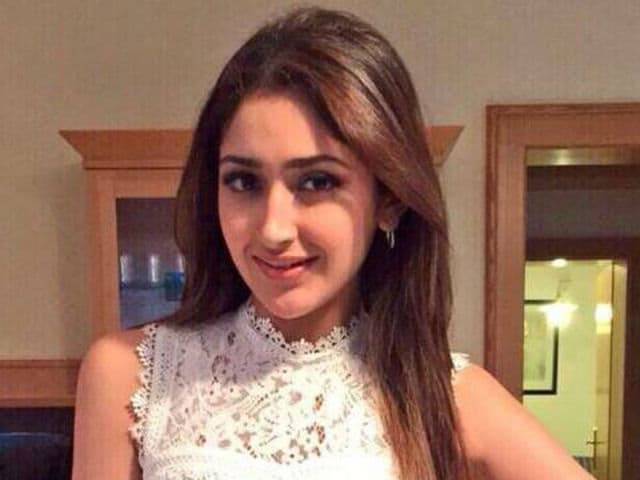 This image was posted on Facebook by Sayyeshaa Saigal.

new de: The makers of Ajay Devgn's Shivaay have introduced the female lead Sayyeshaa in a new poster of the film which was shared on Twitter on Thursday.

Sayyeshaa, who will make her debut in Bollywood with Shivaay, looks serene:

Here's presenting the ravishing @sayyeshaa Welcome her as she joins the journey of Shivaay. pic.twitter.com/a9okxhlhoX

Sayyeshaa, who is the grandniece of veteran actress Saira Banu, made her debut as an actor with the Telugu film Akhil: The Power of Jua in 2015.

Ajay also shared a new poster of Shivaay on June 1:

Breathe. Fight. Survive.
Join the Journey of Shivaay. Follow us on @ShivaayTheFilmpic.twitter.com/WzIA7JWwPE

In this poster, the 47-year-old actor was seen hanging from a mountain of sorts as monstrous faces stared at him:

Here is the latest poster of Shivaay, tell me what you think about this?? pic.twitter.com/755tYBHbsn

Ajay and his Shivaay team have been shooting in the picturesque and extremely cold locales of the Balkan mountain ranges.

Ajay Devgn has also produced and directed Shivaay. Shivaay is Ajay's second film as a director after the 2008 debacle U, Me Aur Hum, co-starring his actress wife Kajol.