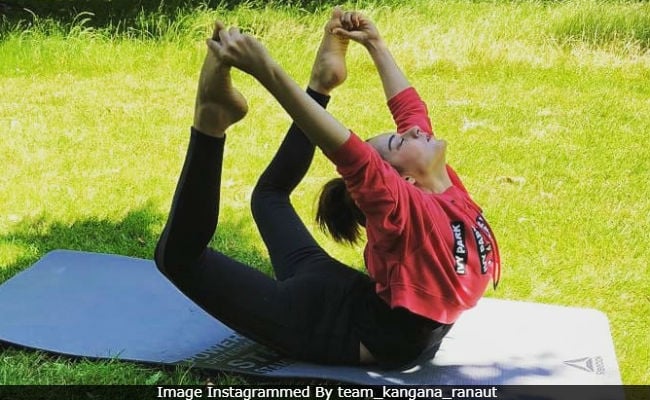 #KanganaRanaut shows her dedication towards #Yoga on #InternationalYogaDay2018 & encourages everyone to adopt Yoga as a lifestyle & a way to spiritual awakening. #YogaDay2018 #WorldYogaDay #internationalyogaday

A couple of years ago on International Yoga Day, Kangana Ranaut had revealed that she swears by yoga and it has changed her life. In an interview to Vogue magazine, Kangana said, "Yoga is a gift and I actually think that I have survived due to it. Through meditation, pranayama and yoga postures, I could vent out a lot of restless energy. It brought a lot of spiritual and physical balance in me and I think it helped me gain qualities like perseverance and patience or controlling my impulses. I think I lasted and survived and could achieve all I have because of yoga." She is a fitness enthusiast and never misses her gym sessions too.

Kangana Ranaut's next film is Manikarnika: The Queen Of Jhansi and is expected to hit the screens later this year while a release date for the work-in-progress Mental Hai Kya hasn't been announced as of yet.