Amitabh Bachchan said: "In my time there were just two on shoots - the leading lady and her mother, that's it." 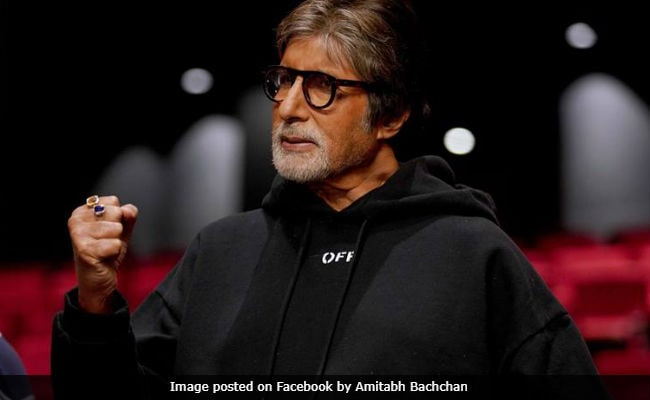 New Delhi: Amitabh Bachchan, who is filming Thugs of Hindostan in Jodhpur's Mehrangarh Fort, documented a significant change in the gender dynamics on the film's sets on his blog. On International Women's Day 2018, the 75-year-old actor wrote: "Such a joy to see the ladies on set, a region where they were nonexistent in the years gone by. In my time there were just two on shoots - the leading lady and her mother, that's it." As of today, on the sets of Thugs of Hindostan, which is backed by Yash Raj Films, several women are a part of the film's unit. "The entire controls barring a few, are managed by the ladies. Efficient, demanding, disciplined, screaming their heads off to inefficiency, but getting it done. So, so remarkable," Big B posted.

Promoted
Listen to the latest songs, only on JioSaavn.com
Of women empowerment and succeeding in various professions, Big B said: "A majority management by young professionals, running the show with panache and bearing ... the industry changes... as does the World and its opinions on Women. There's is a voice that now resounds about for their rightful place, for equality, for recognition and for respect. We live in good times... For the times they are a changing and changing well and fast."

Amitabh Bachchan is filming Thugs Of Hindostan, which also stars Aamir Khan, Katrina Kaif and Fatima Sana Shaikh. The film is directed by Vijay Krishna Acharya. He is also awaiting the release of 102 Not Out, co-starring Rishi Kapoor and he has signed up for Ayan Mukherji's trilogy Brahmastra with Alia Bhatt and Ranbir Kapoor.
Comments
amitabh bachchanthugs of Hindostan