Inside The Trailer Launch Of Dabangg 3 With Salman Khan, Sonakshi Sinha And Saiee Manjrekar. See Pics

"Dabangg 3 should be the biggest of the lot," said Salman Khan The trailer of the much-awaited film Dabangg 3 released on Wednesday evening. Salman Khan, Sonakshi Sinha and Saiee Manjrekar launched the film's trailer in style on Wednesday evening in Mumbai. Salman Khan, who plays the popular cop Chulbul Pandey in the film, arrived at the trailer launch, dressed in a casual outfit. The actor topped a pair of denims with a blue t-shirt. Sonakshi Sinha, who plays Rajjo in the film, opted for a white saree, while Saiee picked a pink gown for the big day. The film's director Prabhu Deva was also present at the trailer launch. Salman Khan's brother and the film's producer Arbaaz Khan was also present at the event.

See the pics from the film's trailer launch here: 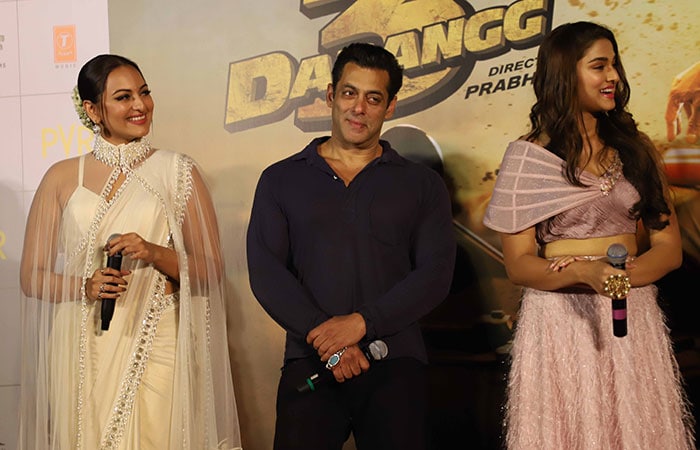 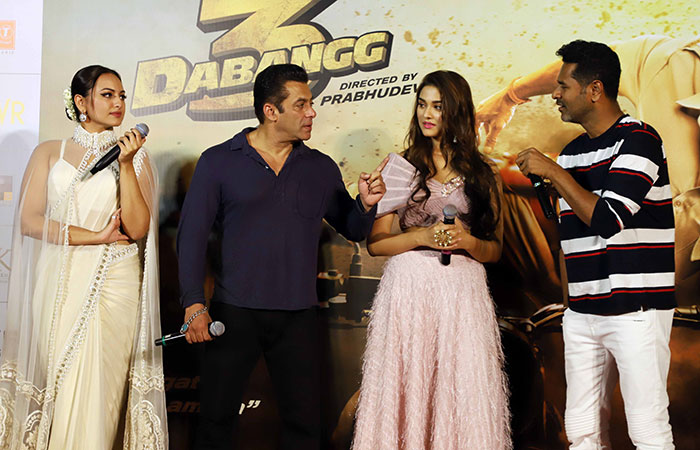 The cast of Dabangg 3 with Prabhu Deva. 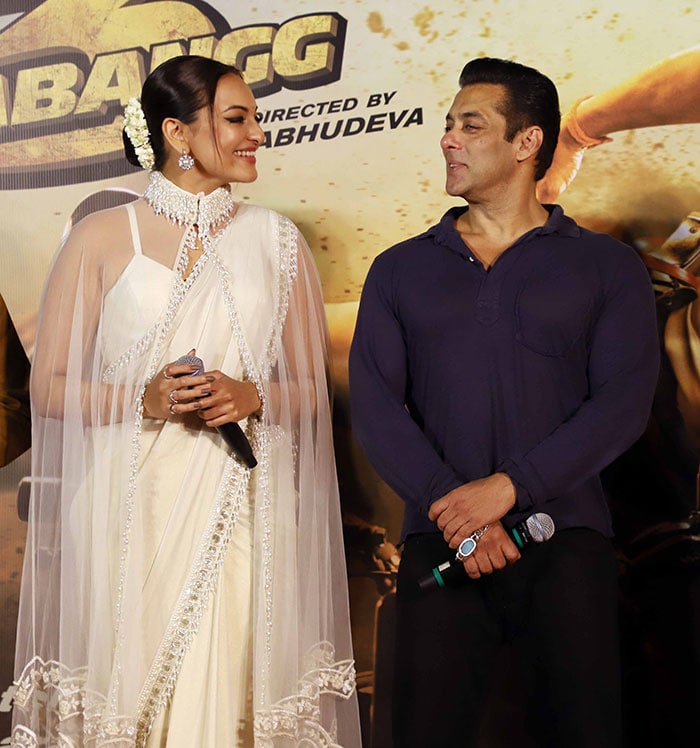 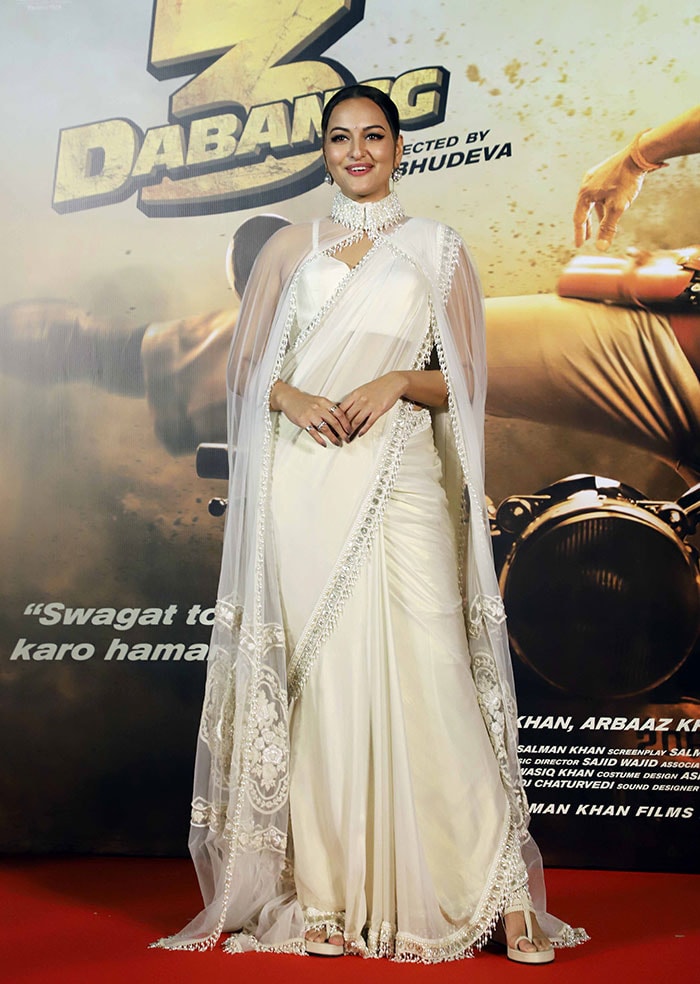 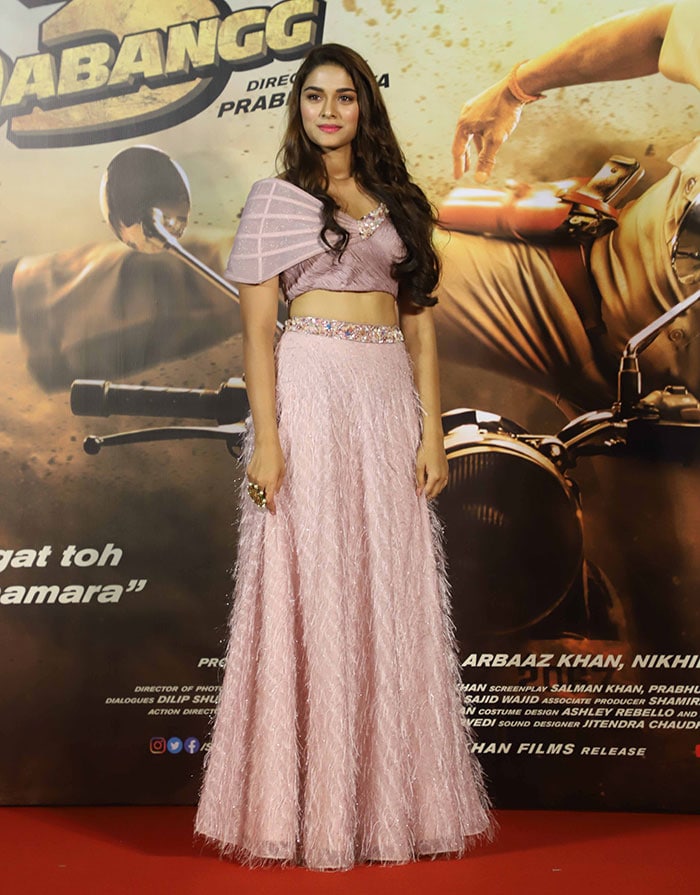 The trailer of Dabangg 3 released last evening and it has over 15 million views in less than a day. Check out the trailer of the film here:

Speaking at the film's trailer launch, Salman Khan said that he expects the third installment of the film to be bigger than the other two parts of the Dabangg series. "The third one should be the biggest of the lot. Usually, sequels don't do well as compared to the first one so, we have worked really hard on this film. It doesn't have only action and entertainment but it also has a story. When you will see the film, you will get to know there is a lot more than just masala in this film," news agency IANS quoted Salman as saying.

The film marks the Bollywood debut of Mahesh Manjrekar's daughter Saiee Manjrekar and it features Kiccha Sudeep as the antagonist. Other than Hindi, Dabangg 3 will also release in Telugu, Tamil and Kannada on December 20.