Prabhu Deva is directing Salman Khan in a new cop film after Dabangg 3, which is slated for Eid 2020 release. 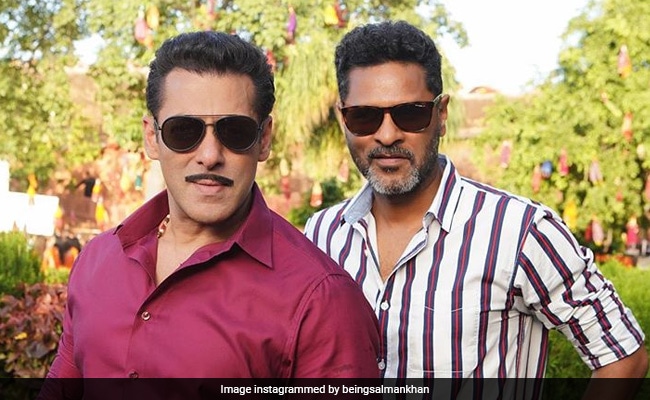 After Dabangg 3, Prabhu Deva is directing Salman Khan in another cop drama, which is slated for Eid 2020 release (arguably Salman's lucky date on the film release dates calendar), and the filmmaker says his biggest challenge will be to make it different from Dabangg 3, reports news agency IANS. Speaking about the second film, which is expected to release six months after Dabangg 3, Prabhu Deva said, "It has to be a completely different character. Otherwise, the audience will say we are repeating. We are working on it. The target is Eid and we will make it on time. I work fast." Prabhu Deva is currently on a two-day break in Chennai to meet his sons, reported IANS.

Prabhu Deva first directed Salman Khan in 2007 film Wanted, which was the actor's first Eid blockbuster and which also resurrected his career in Bollywood. Prabhu Deva joined the Dabangg universe two films late and he said that he had to make efforts to 'get into the groove.' He told IANS, "It is a typical Salman Khan film. Doing a Dabangg film was a challenge to me. I was new to the Dabangg universe. Everyone else (in the unit) had worked in the first and second parts of the series. Of course, I had seen both the earlier films. So, I made an effort to get into the groove. Luckily for me I didn't fall flat."

The first Dabangg film was directed by Abhinav Kashyap while the second was made by Arbaaz Khan, who is also co-producing the film with Salman Khan.