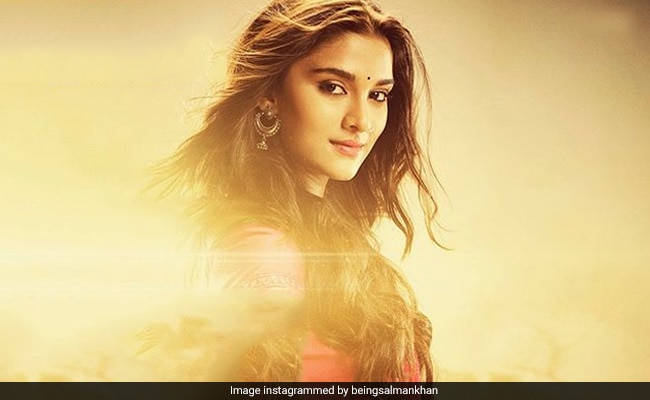 There's still time for the trailer of Dabangg 3 to release and we couldn't be more excited but till then, the makers decided to quench our curiosity by sharing posters from the film. On Tuesday, Salman Khan, sorry, we meant Chulbul Pandey introduced us to Saiee Manjrekar aka Khushi, who is the latest addition to the Dabangg family. Dressed in a pink lehenga, Saiee can be seen shyly smiling at the camera. Sharing the poster on social media, Salman Khan wrote: "Hamari pure, innocent, masoom Khushi." Take a look at the poster here:

On Monday, Salman Khan shared a poster featuring Rajjo aka Sonakshi Sinha and he captioned it: "Hindustani sabhyata ki chakki se bani hamaari super sexy Rajjo." ICYMI, this is what we are talking about :

Dabangg 3 is the third installment of the super hit Dabangg series. The film has been directed by Prabhu Deva. Just like its previous renditions,Dabangg 3 has also been produced by Salman's brother Arbaaz Khan, who played the role of Makhanchan Pandey in the Dabangg series. Salman and Sonakshi Sinha have reprised their roles as Chulbul Pandey and Rajjo, respectively while Saiee Manjrekar and Sudeep are the latest addition to the Dabangg family.

Mahesh Manjrekar's daughter Saiee will make her Bollywood debut with Dabangg 3. Mahesh Manjrekar played Sonakshi Sinha's drunkard father in Dabangg. The actor has worked with Salman in the 2009 film Wanted, the 2010 film Dabangg, the 2011 film Bodyguard, Ready (2011) and Jai Ho, which released in 2014.

Dabangg 3 is slated to release on December 20 this year.