Mahesh Manjrekar, Who Underwent Surgery For Cancer, Is "On The Way To Recovery"

"To keep the short answer, he has been very strong and I am very proud of him," said his daughter Saiee Manjrekar 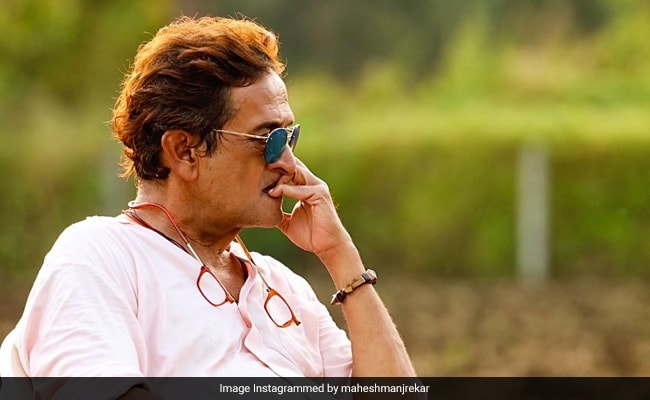 Actor-filmmaker Majesh Manjrekar, who recently underwent surgery for urinary bladder cancer, shared a brief health update in an interaction with Hindustan Times and said: "Yes I did get operated, and I am on the way to recovery". Majesh Manjrekar, 63, reportedly was admitted to Mumbai's H N Reliance Foundation Hospital, where he was operated on earlier this month. Mahesh Manjrekar's daughter, actress Saiee Manjrekar, opened up about her father's health and said: "He is fine now. He's doing much better," adding: "Also, the thing is that I can't say anything right now."

Saiee Manjrekar revealed that Mahesh Manjrekar wants to narrate his experience of undergoing treatment for cancer and his recovery story himself and that, she would rather respect his wishes: "I don't think dad is very comfortable with anything coming out now. So I am just waiting for him to give his hand of experience and his takeaway from this."

The 23-year-old actress added: "To keep the short answer, he has been very strong and I am very proud of him."

Saiee Manjrekar made her acting debut with 2019 film Dabangg 3, which had a special appearance by her father. In terms of work, Mahesh Manjrekar is best known for films such as Kaante, Dabangg, OMG: Oh My God!, Shootout at Wadala, Once Upon a Time In Mumbaai Dobara, Total Dhamaal and The White Tiger. His credits as a director includes movies such as Vaastav: The Reality, Astitva, Ami Shubhash Bolchi, Viruddh... Family Comes First and Vaah! Life Ho Toh Aisi!.He is also expected to host the upcoming season of Bigg Boss Marathi.