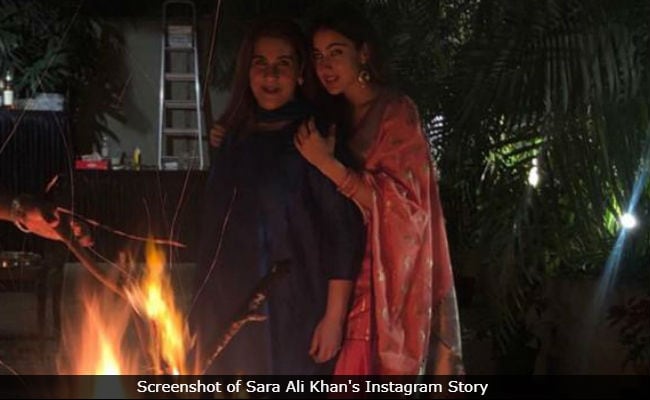 Sara Ali Khan and her mother Amrita Singh celebrated Lohri with designer Sandeep Khosla (of Abu Jani Sandeep Khosla duo) and his family on Sunday night. Sandeep Khosla had organised an intimate party to celebrate his niece Saudamini Mattu's first Lohri after she married Siddharth Bhandari. Saudamini is also the CEO of AJSK Designs. Sandeep Khosla shared a group picture from the celebrations, where Sara stood with her mother in the front row. On her Instagram Story, Sara also shared pictures of herself with Sandeep Khosla and Amrita Singh by the Lohri fire. Sara looked stunning in a pink patiala salwar and short kurta combo as she smiled and posed. Amrita Singh opted for a blue outfit. 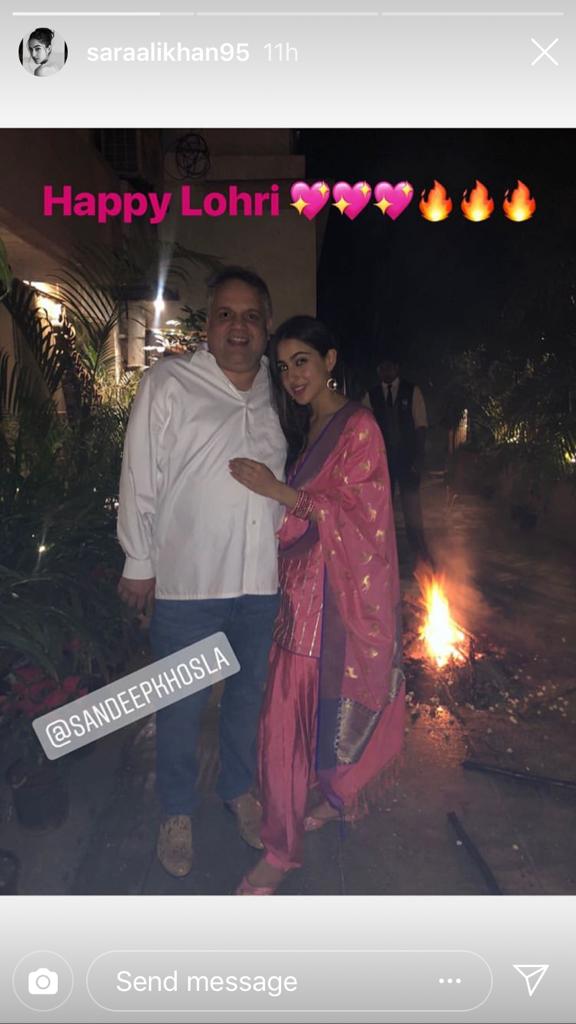 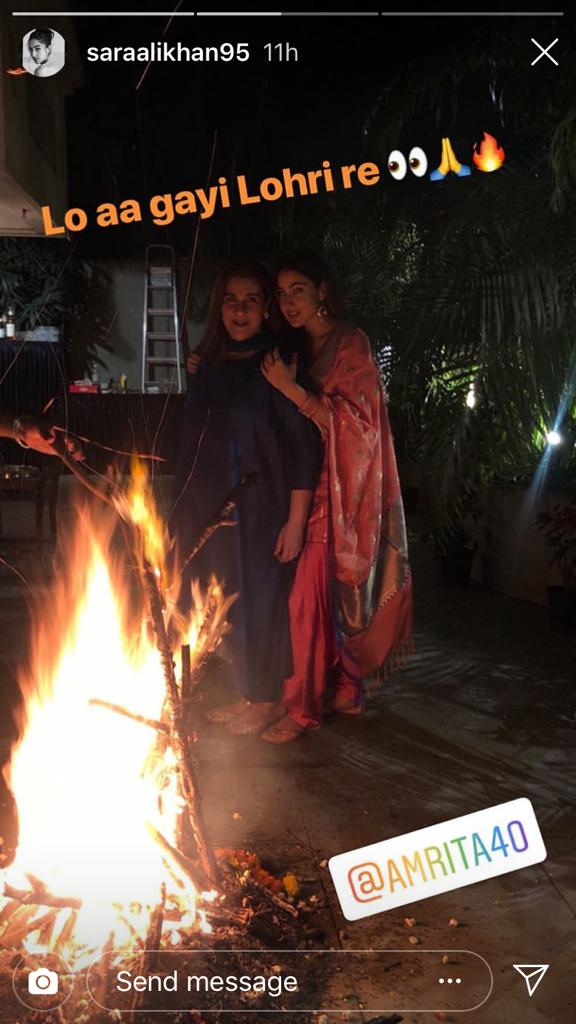 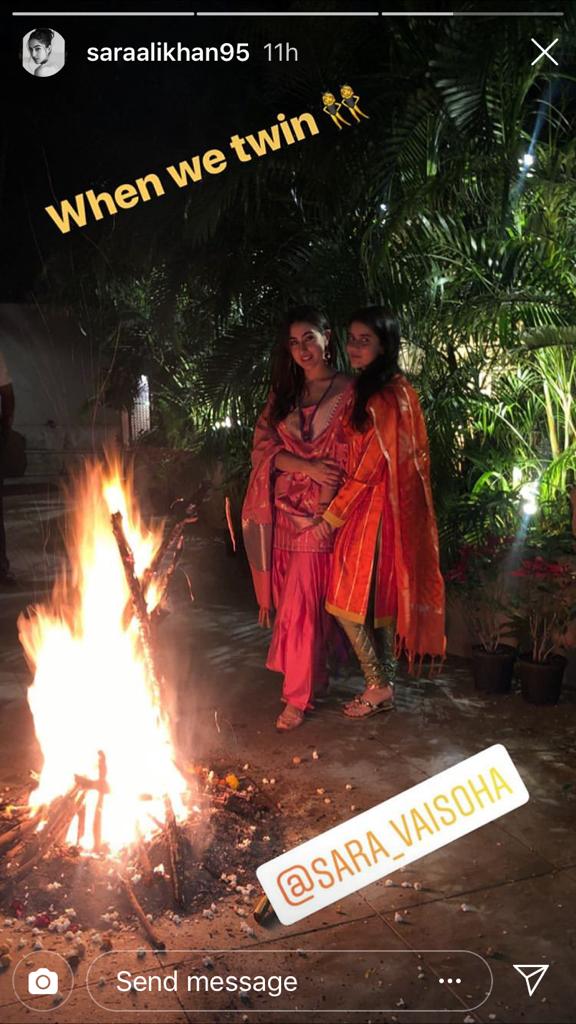 Sara Ali Khan, daughter of Saif Ali Khan and Amrita Singh, debuted in Bollywood last year with Kedarnath, which was a critical and commercial success. Sara's performance in the film was singled out by several film critics. Even before cine-goers could get over Sara Ali Khan in Kedarnath, she was back on the big screen with Simmba, headlined by Ranveer Singh. She had few scenes in the Rohit Shetty-directed cop drama but Sara ensured she stole the show in all of those.

As of now, Sara Ali Khan has announced her next project. She told news agency PTI in an interview: "I will see what offers come my way and whatever excites me I will take that up. As an actor I want to experiment with different kinds of films. I have always loved acting. I am always dying to be on a film set. Life is empty for me without that."

We hope to see Sara on the big screen soon.