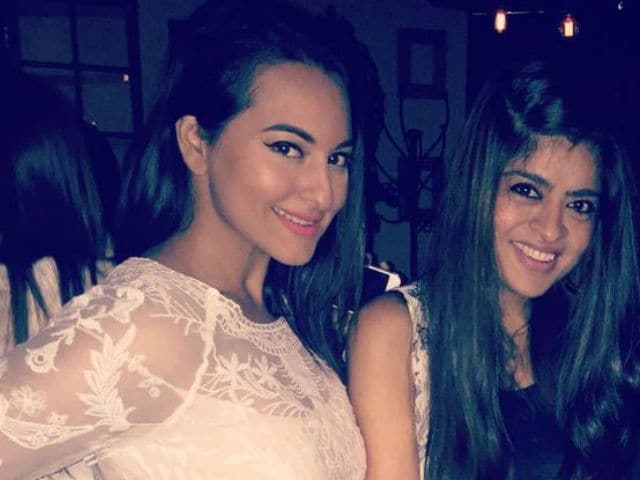 Sonakshi looked gorgeous in a white lace dress. She added a dash of pink with gloss and winged eyeliner finished her look. Actor Sohail Khan's wife Seema Instagrammed a picture with the birthday girl:

Seema also shared this picture from the party in which Sonakshi posed with actor Sanjay Kapoor's wife Maheep and Bunty Sajdeh, CEO of Cornerstone Sport & Entertainment.

Meanwhile, Sonakshi is yet to share pictures from the party. The actress' Instagram is currently full of of pictures and videos from her US vacation which is bound to prompt wanderlust:

The Sun is shining and so are you... #sonastravels #sonatheexplorer #nyc #centralpark #gogreen

Under the #brooklynbridge ... Use the brooklyn filter #sonastravels #sonatheexplorer #nyc

Sonakshi, last seen in Tevar, will be next seen in AR Murugadoss' Akira and Abhinay Deo's Force 2. In July, she'll start filming Sunhil Sippy's Noor, based on Saba Imtiaz's 2014 crime novel Karachi, You're Killing Me!.