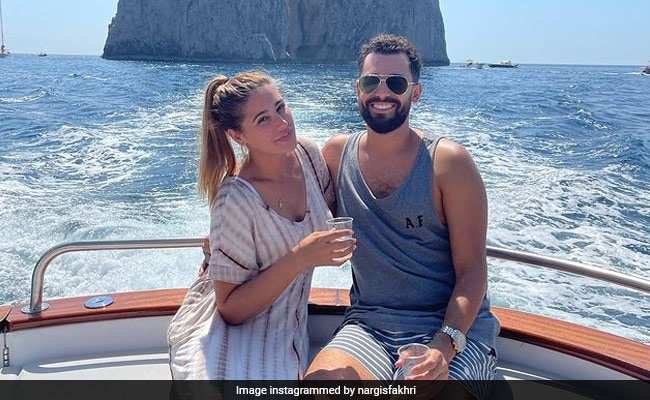 Actress Nargis Fakhri is currently enjoying the time of her life in Italy with her boyfriend, American chef Justin Santos, and proof is her latest Instagram post. On Wednesday, Nargis dropped a bunch of pictures from her Italy vacation. To be specific, the actress is holidaying in Capri, which is an Italian island. In one of the pictures that Nargis Fakhri shared on Instagram, she can be seen enjoying a boat ride with Justin Santos. Another one features the couple posing against a picturesque background. Among others, a picture captures Nargis sitting on a table for lunch as Justin captures her picture and also holds her hand from across the table. While some other pictures capture the scenic beauty of Capri, others simply document all the food that the couple enjoyed during their stay.

Nargis Fakhri has been dating Justin Santos for quite some time now. Before that, she dated filmmaker Matt Alonzo. She has also been in a relationship with Uday Chopra earlier.

The actress keeps treating her fans to new posts on social media every now and then. Here are some of her pictures from her Instagram feed:

In terms of work, Nargis was last seen in the film Torbaaz, co-starring actor Sanjay Dutt.