Pics from Mona Singh's bachelorette are sugar, spice and everything nice 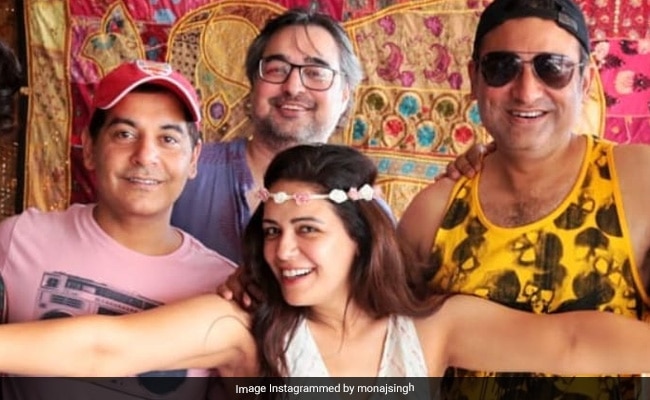 Mona Singh might have been slightly late in sharing pictures from her bachelorette party, but we can't overlook the fact that pictures from the bachelorette album are sugar, spice and everything nice. On Monday morning, the 38-year-old actress shared photos from her bachelorette in Goa, on her Instagram profile. In one of the pictures, the newly-wed actress can be seen chilling with her bride squad and in another picture, she can be seen wearing a bride-to-be sash and a tiara as she sits by the pool. Another picture features Mona with her husband Shyam Gopalan. We also spotted Mona's best friend and her Jassi Jaissi Koi Nahin co-star Gaurav Gera in one of the pictures.

Sharing the pictures from her bachelorette, Mona wrote: "Bride squad." She accompanied the posts with the hashtags #shaadi #friends #goa #bachelorette #happyfaces and #blessed." Without much ado, check out the pictures, you can thank us later.

On Friday, Mona Singh shared a stunning picture of herself and her husband Shyam Gopalan from their wedding ceremony and she captioned it:"Love laughter and a happily ever after." For her big day, Mona picked a bright red lehenga and Shyam complemented her in an off-white kurta-pyjama set.

Love laughter and a happily ever after