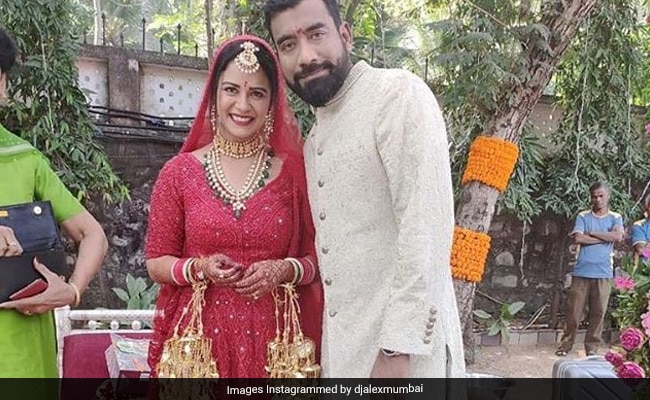 Television actress Mona Singh got married to her boyfriend Shyam Gopalan on Friday. The Jassi Jaissi Koi Nahin actress found a permanent spot on the list of trends on Friday after pictures from her wedding ceremony went viral on social media. Mona, 38, married her boyfriend, who is reported to be a South Indian investment banker, in a traditional Punjabi ceremony and pictures/videos from the close-knit ceremony have been shared by her friends and relatives, including actor Gaurav Gera and Micckie Dudaaney, on their social media profiles. In the viral pictures, Mona Singh looks stunning in a bright red lehenga, which she paired with a red embroidered dupatta. In one of the videos, Mona Singh can be seen dancing with her friends and we can spot also actress Rakshanda Khan having a hearty laugh with the bride. The DJ team, which performed at Mona Singh's wedding ceremony, also shared a picture of the actress and her husband Shyam.

Take a look at the stunning pictures from Mona Singh's wedding ceremony: 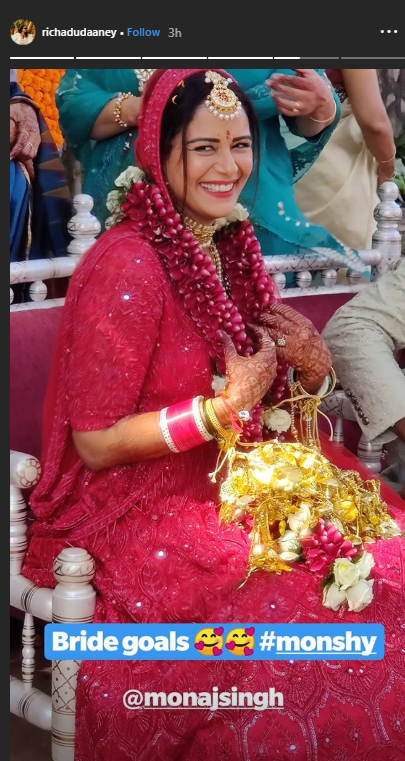 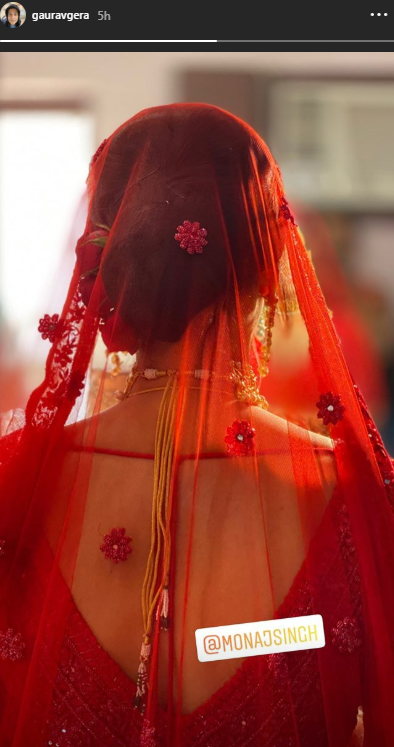 Now, check out the videos from her wedding ceremony:

Mona Singh made her debut in acting with TV soap Jassi Jaissi Koi Nahin, which aired from 2003-2006. It was also her breakthrough show. After that, she went on to feature in soaps like Radhaa Ki Betiyaan Kuch Kar Dikhayengi, Kya Huaa Tera Vaada, Itna Karo Na Mujhe Pyaar, Pyaar Ko Ho Jaane Do, Kavach...Kaali Shaktiyon Se, as well as several other web-series and reality shows.

The actress has also appeared in a couple of movies like 3 Idiots,Utt Pataang and Amavas. Mona Singh will next feature in Laal Singh Chaddha, which stars Aamir Khan and Kareena Kapoor in the lead roles.