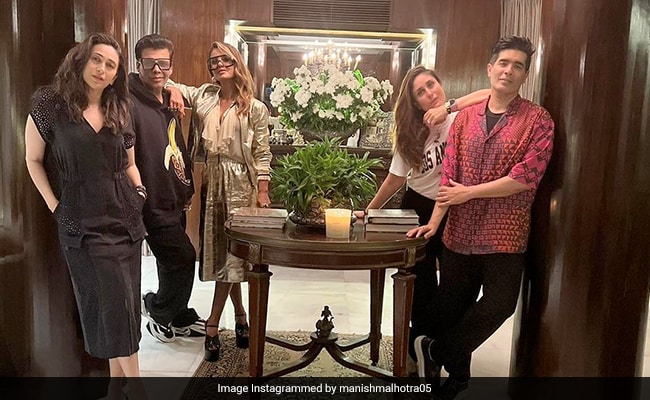 Kareena Kapoor, Karisma Kapoor, Karan Johar, Manish Malhotra and Natasha Poonawalla had a blast last night, and their Insta pictures stand as proof. Kareena, Karisma, KJo and Natasha attended a get-together hosted by designer Manish on Monday. On Instagram, Manish shared several photos on his Instagram handle and captioned it as: "Home with friends," followed by heart emoticons. In the images, Kareena looks pretty in a white t-shirt paired with black pants, Karisma and KJo can be seen in black outfits, Natasha looks gorgeous in a golden ensemble, while Manish looks dapper in a red shirt paired with black pants.

Kareena Kapoor and Karisma Kapoor also posed for the shutterbugs outside Manish Malhotra's house. Later, the sisters were joined by Natasha Poonawalla. Check out the pictures below: 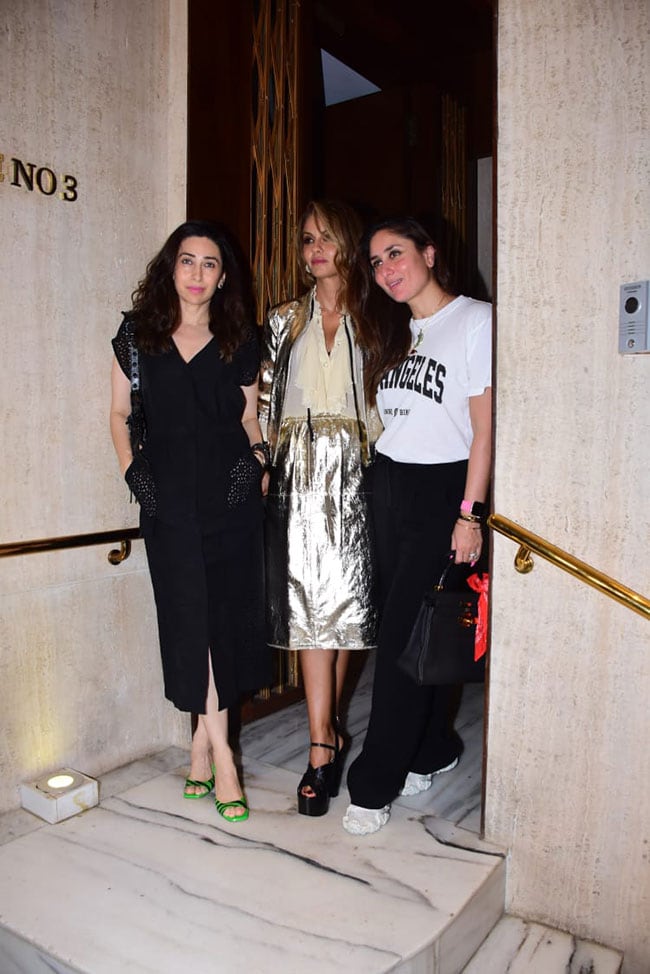 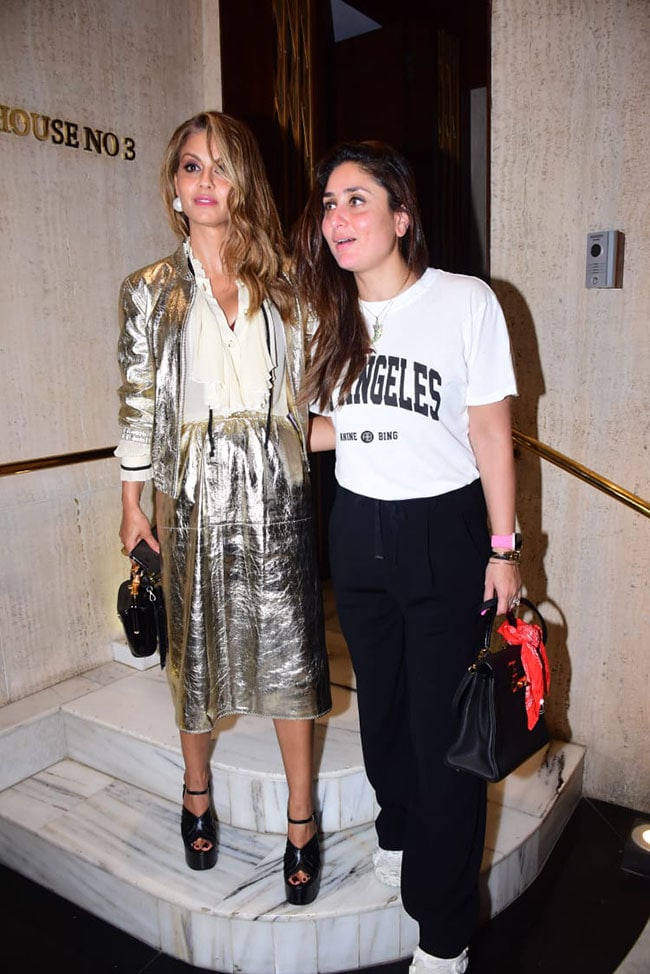 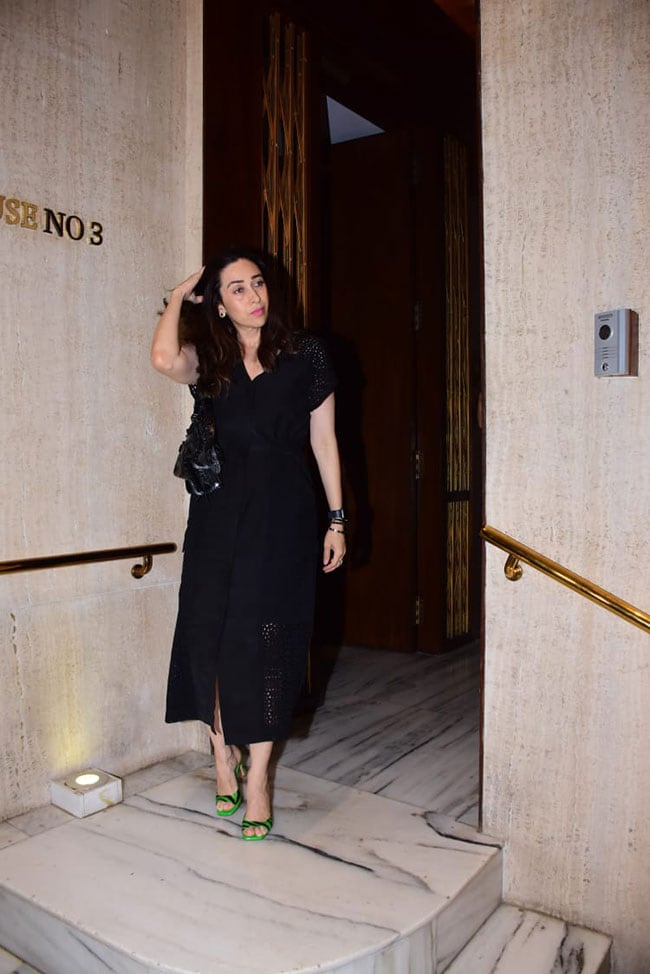 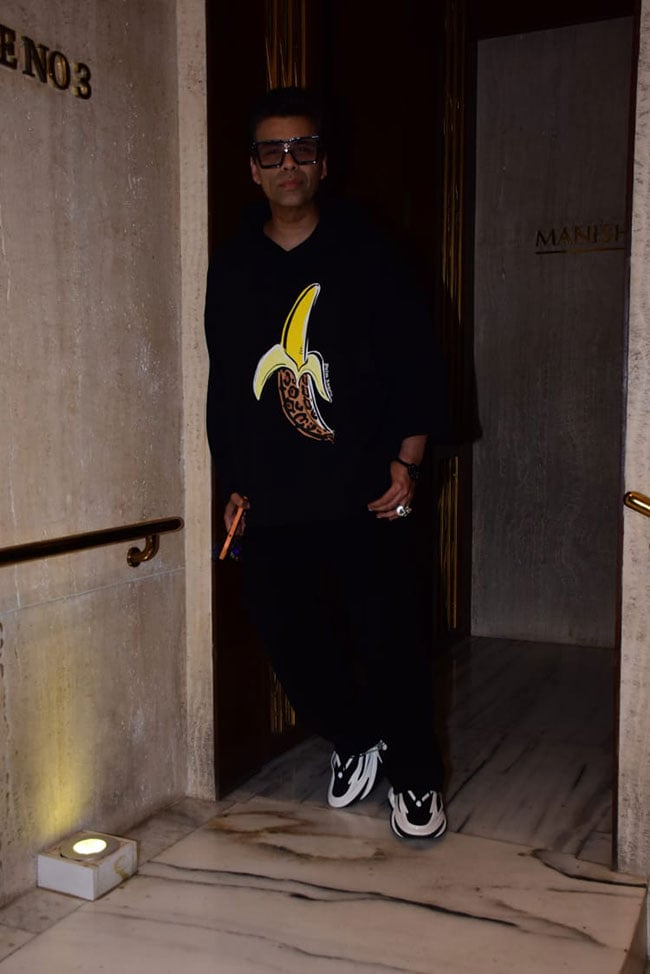 The Kapoor sisters - Kareena and Karisma - are often spotted hanging out with Manish Malhotra, Karan Johar and Natasha Poonawalla. Last month, Kareena partied with her gang, including BFF Amrita Arora and Natasha in London. In the captions, she wrote, "You can't sit with US...but you can stand and pose with US...cause that's what we love to do"

In terms of work, Kareena Kapoor will be next seen in The Devotion of Suspect X. On the other hand, Karisma Kapoor is busy shooting for Abhinay Deo's Brown.