"Last night with my lady in black for the black lady," wrote Farhan Akhtar 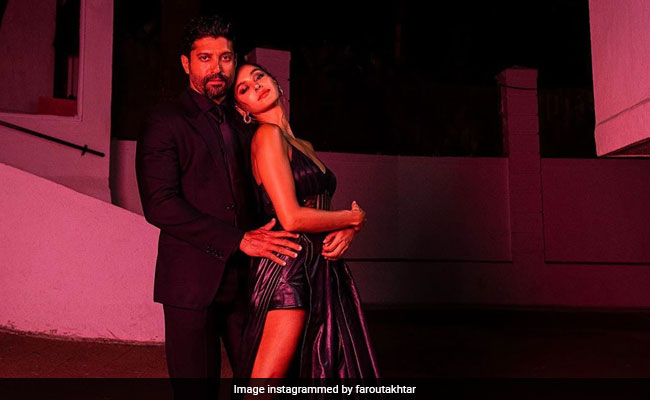 We just can't seem to get enough of Farhan Akhtar and Shibani Dandekar's social media PDA. The couple attended Filmfare's curtain raiser event on Sunday night together and they posted pictures from their "date night." Farhan picked a black tuxedo and Shibani was dressed in a black gown with a thing-high slit. Farhan accompanied the post with a caption that read, "Last night with my lady in black for the black lady." He added a heart emoji to it. Shibani posted a similar picture and she captioned it: "Date night."

Farhan Akhtar was earlier married to celebrity hairstylist Adhuna Bhabani, with whom he has two daughters - Shakya and Akira.

Farhan Akhtar was last seen in Shonali Bose's The Sky Is Pink, which also starred Priyanka Chopra, Zaira Wasim and Rohit Saraf. The film released on October 11 last year and it was also screened at the Toronto International Film Festival.